I don't usually share personal stories, but since this is my first blog here at YA Outside the Lines, I decided a little "history" was in order.

Okay, I was a nerdy late-bloomer. I didn't start thinking about "boys" in that way until the second semester of my junior year in high school. Dreaming of how nice it would be to have a boyfriend my senior year. Clueless about how to go about finding, then getting, said boyfriend.

That summer I went to a government-sponsored university program with forty-nine other math nerds and fifty chemistry brainiacs. We lived in the dorms, along with the college students. Exciting news, I could "pass" as a college student if I kept my mouth shut. Which I tended to do because, well, I wasn't great in the social arena.

But the program was a target-rich environment—for the girls. A total of four girls in the math/computer classes and eight girls in chemistry, made us all desirable to the teenage boys in the program who couldn't get a college co-ed to talk to them. It was a heady feeling the first time I received a call that someone was waiting for me in the lobby of the five-story dorm. Since the high school girls all shared rooms next to each other on the fifth floor, I knew it was a guy. Who came to see me.

I got along well with the chemistry girls, so, no surprise one of them was downstairs talking to a really cute guy from her class. He'd found out my name from one of the math males and trekked across the campus to meet me. Ellie introduced us. 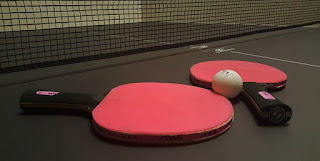 There was a ping pong table in the rec room, so we went in there, and watched people play while we talked. I may, or may not, have told him I'd been playing everyday for an hour or more since my dad gave me a ping pong table for Christmas when I was eight. My mom still talks about how she knew, after years of playing, that I'd finally beaten him by the screaming in the living room.

When John asked if I wanted to play I said yes. Math nerd girl beat him. Badly. Turns out he was a football player and a wrestler, and he didn't like to lose. We played until he had to leave. The high school students had a dorm curfew or I think he would have keep me at that table until our morning classes. The next night he came back, with a couple of friends. Three hours of ping pong, and I beat them all. Even John. It became a nightly routine, only more guys showed up, even some from Fraternity Row. My homework suffered.

Did I mention I didn't know how to "play games" then? Good thing, because later, he told me he kept coming back because I wouldn't let him win. And that's why he fell for me. 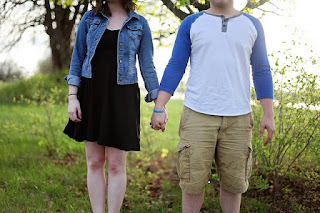 During that five-week summer romance, along with hours of ping pong, I held hands for the first time, got my first phone call from a boy, received my first romantic note, went on my first date. I had a boyfriend. When we weren't in class, we were together. I helped him with his chemistry labs and he encouraged me to make the computer do things that didn't make my teacher happy.

When it was time to go home, we exchanged phone numbers and addresses, but we both knew the reality. Five hundred miles apart, neither of us had a car or our own phone,  and we both had very strict parents. But during our senior year we wrote, called occasionally, and when my family took a vacation close to John's town, I convinced my dad to let me take the car—alone—to John's house. When he came to a college near me for a debate competition, I drove for an hour-and-a-half to see him for twenty minutes between his debates. Oh, he had a girlfriend at home and I had a boyfriend, but that didn't keep the special from shining between us.

He got a football scholarship, and I went to college in the opposite direction. We ended up a thousand miles apart, literally. By the middle of our freshman year, our letters dwindled to a stop. It was okay.

The fond memories of that summer love still make me smile. So sweet. So intense. And—no longer—so secret.

It's your turn. Go ahead, share your first summer loving' experience.