When enjoying any sort of fiction, it's easy to place yourself in the story, imagining yourself as a secondary character (or even the hero), enjoying the adventure as a participant. I remember watching Temple of Doom as a child and projecting myself onto Short Round, wishing that, in spite of my youth, I could accompany Indy on his quests.

Once I became an author, it became tempting to base every character on myself. So I did. Totally. Every male protagonist is facet of myself as a young man. This is why all my male leads are awkward, wise-cracking nerds. And yet, you can't use yourself as a character in every book (I'm talking to you, Clive Cussler). Each character must be unique. I have to drift away from reality and make him someone I'm not.

Looking back over my published books, I see my own personality ooze through. Sometimes I hide it, often I don't.

Leon Sanders, Playing With Matches: Leon is essentially myself at seventeen. Smart, funny (but not as funny as he thinks he is), and terrified of girls. He focuses on the superficial flaws of his dates, not because they bother him, but he worries too much about what other people will think. And he drives a Buick. 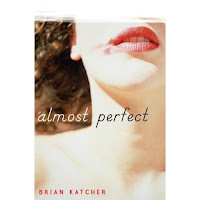 Logan Witherspoon, Almost Perfect: Unlike real life me, Logan is an athlete. But like me, he obsessed over his exes, sometimes in an unhealthy, self-defeating manner. Like Leon and my younger self, he places too much weight on the opinions of others.

Sherman Andrews, Everyone Dies in the End: I had (have) a tendency to be a know it all. And I've spent more than my fair share of time searching for occult and supernatural phenomena. We both went to the University of Missouri. Unlike Sherman, I'm a complete lazy slob. Which is probably why Sherman got into the Missouri Scholars' Academy and I didn't.

Zak Duquette, The Improbable Theory of Ana and Zak:  I'm a con nerd, like Zak. And like Zak, I would make a better long term impression than a first impression.

Deacon Locke, Deacon Locke Went to Prom:  Like my young self, Deacon wants to ask out a girl, but he's more terrified that she'll say yes than that she might say no. Unlike me, Deacon can dance.

I'm not sure what the point of any of this is. I guess we all kind of bare our guts when we write. Speaking of which, happy Halloween!