We learn more from failure than from success. With failure, there’s the sense of having earned the knowledge, paid the tuition, and then underlined the resulting hard-won best-practices as important: We don’t want to experience that again.

It’s not stuffy book learning, it’s muscle memory, and you won’t have to think about how to shy away from making those particular mistakes again; when the situation arises, you’ll flinch.

Cultivating growth and any creative leap risks exactly that kind of earned failure. 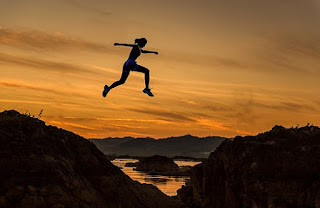 Which is complicated in a culture that shames failure and worships success—or, worse, worships the unrealistic fantasy of success without setbacks, detours, and regroupings for lessons learned. 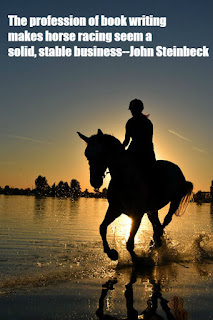 I’ve thought about that a lot lately, because this month I set aside a novel manuscript after two years work and way more than two hundred heavily-revised pages.

I stayed with it way too long, locked in the bargaining phase of Elizabeth Kubler-Ross’s stages of grieving: What if I add subplots that will anchor it in the teen-centric world? What if I add subsidiary main character goals? What if I pay more attention to structure?

What if I turned instead to the other novels that want to be written and aren’t structurally flawed from the outset?

I’d made the mistake of taking a decent young adult novella (for which there is no real commercial market) that I wrote in graduate school and trying to stretch it into a novel, which it could not become. It lacked most of the critical tent-poles that would hold up a story for that length: A main character who drives the story with his strong desire and key choices, leading to scene after scene that follow causally from each other. Pretty basic problems, but the nature of unfixable problems is that they result from deep and basic flaws.

I’m good at revision, much better at rewriting than I am at writing, and I have even more than the standard share of immense self-confidence handed out to random mediocre white guys, so it took me a long, L-O-N-G time to figure out it wasn’t going to work.

In the process, I almost lost myself as a writer, because it was so hard. Writing novels that are working is hard enough. It’s almost unbearable, writing scenes when you know you’re just marching further into the middle of a dark swamp, away from land. 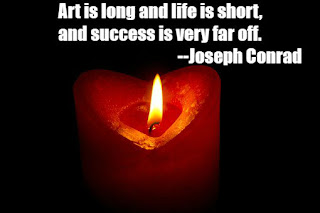 So I finally set that manuscript aside and turned to the novel that wants to be written instead, with the two funny brothers who argue with each other and who have to work together with their smart friend Claire to save their world. It's going great, the chapters are coming quickly, and it's fun again.

It’s got all the usual Dean Gloster novel ingredients: Death, humor, the question of whether it’s possible to save someone, a love interest to root for, dysfunctional parenting, and a slightly off-kilter sensibility. Also a mergers and acquisitions lawyer dad who is missing 74 percent of his soul.

Which happens. Trust me. I used to negotiate with those guys. And I just watched a televised hearing full of babbling Republican Congressmen. Honestly, why the rest of you aren’t currently writing novels about people missing most of their souls is beyond me. 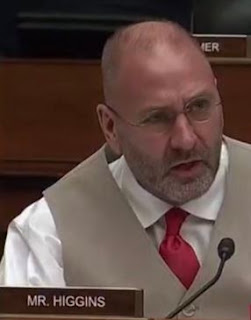 Even Rep. Clay Higgins' vest is trying to distance itself from his idiocy

Success? For me, right now, it means putting in the work. Making progress. Learning to be a better writer, even if that learning is the hard kind—through temporary failure, so it sticks.

If I had a hope for the future, though, it would be to succeed next time or at least to fail better, and fail faster, on the way.

Heck, if you saw any of that hearing, wish us all luck. 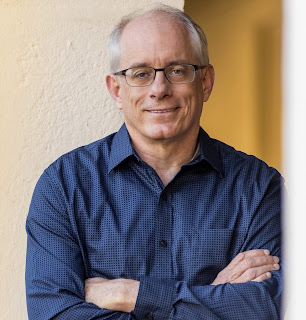 Dean Gloster has an MFA in writing for children and young adults from Vermont College of Fine Arts. He is a former stand-up comedian and a former law clerk at the U.S. Supreme Court. His debut YA novel DESSERT FIRST is out now from Merit Press/Simon Pulse. School Library Journal called it “a sweet, sorrowful, and simply divine debut novel that teens will be sinking their teeth into. This wonderful story…will be a hit with fans of John Green's The Fault in Our Stars and Jesse Andrews's Me and Earl and the Dying Girl.”
Dean is on Twitter: @deangloster 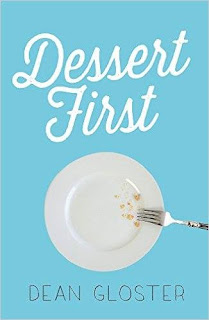