How To Succeed in Writing By Really, Really Trying - Janet Raye Stevens

Hello YA-Outside-the-Liners and welcome to February!

We’re one month closer to spring and maybe even closer than that if we take Punxsutawney Phil’s word for it (in case you were huddling in a groundhog hole for warmth yesterday and missed it, Phil didn’t see his shadow, so that means an early end to winter!). 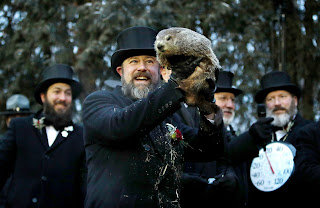 This month’s theme is what success looks like now. I was thinking of writing about what success in my everyday life looks like but recounting my skill at successfully matching up every pair of socks I pull out of the dryer or my uncanny ability to snag the last bunch of ripe bananas at the supermarket, while riveting, seems off-topic.

So, I’ll talk about success in writing. And instead of focusing on the now, I’ll start by taking us back to yesteryear and what I thought writing, or rather publishing, success looked like then—back in the days when traditional publishing was king, queen, and emperor all rolled into one. When the big New York publishers actually promoted mid-list authors and “self-publishing” was a dirty (hyphenated) word.

Since then, the industry has changed, and I’ve changed with it. We’ve both matured. We’ve both been battered by the vagaries of the market and the times that are a-changing. While Amazon and the indie-pub revolution has been chipping away at traditional publishing’s success, I’ve been traveling a convoluted route as I've striven to find my own publishing success. 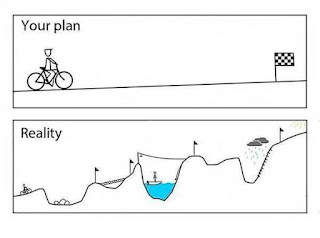 I’ve taken classes and workshops and seminars, learning my craft. I’ve sent out hundreds of queries and received an equal number of rejections in return. I had a literary agent offer to rep me and 2 days later change their mind. I’ve entered numerous contests, finalled in and even won some of them, got another agent, and yet another. I’ve been writing and writing and managed to get eight short stories published. All while hoping to eventually ink that big book deal, get that keynote speaking engagement, the multiple print runs, all the swag, and of course, the money.

Then, one day at a conference, as I sat listening to a multi-best-selling author talk about her long and equally convoluted and Sisyphus-ian journey to success, I realized I didn’t want any of that anymore. Didn’t care about being a keynote speaker or the swag or any of the woo-woo stuff.

I just wanted to write. And write well.

Success to me now is writing. Cooking up fun and fabulous new plots and bringing those plots to life. Diving into research of other times and places. Continuing to learn the craft and delighting in discovering new facets of my abilities. Success is meeting other authors and becoming friends. Cheering their successes and commiserating with them on their rejections or bad reviews or myriad other un-successes. And success is, of course, the money, in the form of a royalty check I just received for one of my short stories totaling an impressive $2.25.

But most of all, success is having someone tell me they loved reading something I wrote.

Janet Raye Stevens is the successful author of YA, mystery, paranormal, and contemporary romance novels and such short stories with long titles as Mrs. Featherpatch and the Case of the Skewered Ham.

Posted by Janet Raye Stevens at 5:30 AM