If I could be a character in a YA novel…

I would have to choose Lily from my Chronicles of Lily Carmichael trilogy. Not that there aren’t a ton of awesome YA characters whose shoes I’d love to step into for a brief adventure (Enola Holmes comes to mind), but Lily is near and dear to my heart. 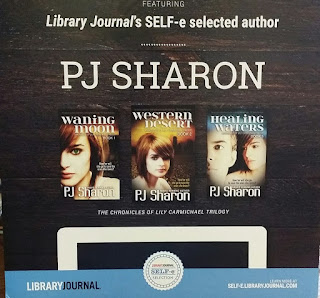 Here's a brief synopsis of the trilogy: In the year 2057, in a post-apocalyptic world where three quarters of the population has been wiped out by a global pandemic, and a polar shift threatens the remainder of Earth’s inhabitants with extinction, sixteen-year-old genetically enhanced teen, Lily Carmichael, faces bigger challenges—escape capture by a rogue government agency, save her family, and avoid falling in love.

Lily is kind, compassionate, and capable. She consistently puts others above herself and has a passion for healing that drives her every decision—regardless of consequences. I especially like that these traits come across as authentic and true to character because of her backstory and life experience. Her parents are dead, she lives in hiding from those who would exploit her abilities for their own ends, and she's responsible for her thirteen-year-old brother who is her polar opposite and who is struggling with his own dark powers. Her resilience is more than the fact she can heal herself and others; it’s a reflection of her spirit and her desire to fight for what is right and care for those she loves.

I enjoy reading about strong young female characters, and Lily is that in spades—without being over the top, too perfect, and without losing her femininity. She fights when she must, but she tries to think and talk her way out of trouble—the mark of an admirable heroine who values intellect over violence. Unfortunately, that also drives her main internal struggle throughout the series…whether there is ever justification for taking a life, and how to reconcile that prospect with the cruel realities of the world. Her innate healing ability is part of her genetic makeup, but it’s also who she is as a person, and for Lily, taking a life is an existential challenge.

This character and her epic story was so much fun to write! I live in a tiny town in the hills where my nearest neighbor is three-quarters of a mile in either direction. “Preppers” abound here, and folks are very much the pull-yourself-up-by-the-bootstraps kind of people. They are also the neighbors you want if you break down on the side of the road in a snow storm. After having frequent conversations with some good neighbor friends about what we would do if the crud hit the fan, how it all might go down, and whether we were prepared to survive, Lily came to mind and ideas started to flow! 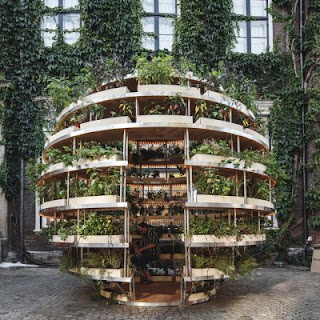 As we discussed the details of food growth and storage, water scarcity, on-the fly energy production, dealing with the impending devastation of climate change, and yes…the possibility of a pandemic causing societal collapse, the entire trilogy unfolded in my head (and that was back in 2011)!

I knew it would need to be three parts to tell the whole story, and as I began to plot it out, sure enough, Lily’s character was complex enough and strong enough to lead the way through three full novels. When I self-published WANING MOON in 2012, it was a departure from my contemporary YA romances, and I wasn’t sure how it would be received by readers. I was thrilled when RT called it, “An action-packed read with a strong female lead.” That was the best praise I could get as a new-to-the-genre author. It spurred me to quickly finish WESTERN DESERT and HEALING WATERS, which became Library Journal Self-e Top Picks and won several awards.

I’m proud of the entire trilogy, but I’m most proud of Lily’s evolution through the story and how she never compromises her core beliefs, even though she has to make some tough choices along the way. How cool would it be to have the ability to heal spontaneously and to lay hands on and heal others? Lily doesn't let that power go to her head and she always seems to have the greater good as her guide.

At the end of the day, we can only hope we would do the same if we were in her shoes, right?

Who is your favorite YA character and what makes you wish you could be them?