Confession: after giving the title “Trading Places” to this blog post, I’d really like to take a break and watch the movie with Dan Aykroyd and Eddie Murphy. It’s not currently on Netflix? Nooo! So, um, Must Write Blog Post.

This month we’re supposed to blog about memorable YA characters: ones we love so much that we’d like to trade places with them, kinda like the mom-daughter switch in Freaky Friday. (Ooh! I OWN that DVD! Must watch!)

When not distracted by movies I’d suddenly like to watch, or leftover Christmas candy I really shouldn’t eat, I’ve given this some thought.

I loved Liesel Meminger in The Book Thief and have rarely been more engrossed in a novel. I still remember finishing it on a long flight home from Europe, tears rolling down my face (on the plane! embarrassing!) because it was so powerful. In the book, Liesel turned into a mighty young heroine with a strong moral code who was fearless about enforcing it. She didn’t necessarily start out that way, but that’s why we call them growth arcs.

In Divergent, I love Four, aka Tobias Eaton. I know, I know: Tris Prior is the main hero of the book(s), but Four always stood up for what he believed. Tris? Not always. (The sight of Four without a shirt on in the movie is entirely coincidental.) 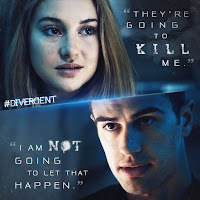 I’m drawn to female (and male) characters who are athletic. Despite that, I’ve loved Hermione Granger ever since I first found her huddled under a sink in the first Harry Potter book. No, she’s not athletic. She’s utterly and completely a brainiac, and an extremely logical one at that. I love brainiacs, although I often hide that tendency. Besides, without Hermione, I doubt that Harry and Ron would’ve survived book 1, let alone the entire series. 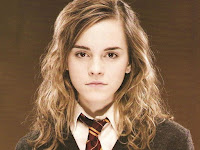 Ahh, Katniss Everdeen of The Hunger Games trilogy. I admire you, okay? You’re athletic, you’re both fierce and loyal in protecting and defending the people close to you, and I absolutely love those things about you. If it weren’t for book 3, Catching Fire, I would love you to death. But you went off the rails in book 3, chose Peeta over Gale (as if), and pretty much lost it. You did a lot of truly heroic things, but Peeta? No. Just because Jo settled for Professor Bhaer after Beth died in Little Women, you didn’t have to settle for Peeta after Prim died. Sorry, but no. I hated that in Little Women, too. 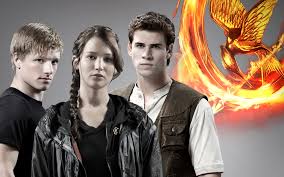 Oh. My. Gods. (by Tera Lynn Childs, since there are one or more other books called Oh My Gods) gives me Phoebe Castro when I need a quick fix of a seriously athletic female hero. Phoebe is a runner (which I’m not, because I require a sport like basketball or some other good reason to run, like someone chasing me with a machete). She happens to be descended from a Greek God, but she also stands up for herself and others. Go, Phoebe, go!

But as I did this “who would I want to trade places with?” exercise, I realized that with the possible exception of Phoebe in Oh. My. Gods., I would MOST like to emulate, or trade places with, one of my own characters: the modern-day Lydia Bennet of my Bennet Sisters YA series, who got her own book in Livin’ La Vida Bennet. Yes, if you know Pride and Prejudice, let’s just say my Lydia isn’t entirely unlike the original. At the outset, even I viewed her as bad to the bone. But every girl has a story, and sometimes the rest of the world doesn’t understand that story and — too often — makes assumptions. My Lydia faced those assumptions, acquired both strength and a fundamental decency that no one would’ve expected from her, and emerged triumphant. More precisely, she kicked ass.