Why Mess With Perfection? (Brian Katcher)

To be quite honest, I never really fantasized about switching places with a literary character. Instead, I'd usually place a version of myself into the novel, just so I could experience the story from my own point of view. And why not? When you truly love a story, you want to experience it yourself. How many times did I imagine myself as one of Captain Yossarian's drunken squad mates; a mental patient with McMurphy and the Chief; a smarmy Slytherin student who helps Harry defeat Voldenmort but never befriends him; Doc Savage's sixth aide; the fifth member of the A-Team, or Larry, Curly, Moe, and Brian. But as for actually replacing a character in a book, I didn't usually imagine that. 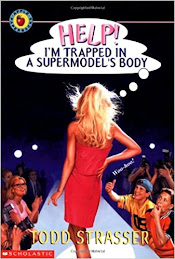 But as a kid, I do recall one series of books that I did actually imagine myself as an existing character. It was a series of 1960s-80s books about a trio of unoriginally named detectives, The Three Investigators. 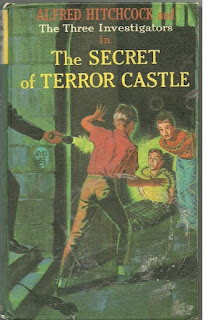 Chubby genius Jupiter Jones, athletic everyman Pete Crenshaw, and studious researcher Bob Andrews run a detective agency along the California coast. Together, they team up to fight art smugglers, jewel smugglers, gold smugglers, and counterfieters, who all seem to hide out in haunted mines and castles. Their investigations are secretly backed up by their mentor/publisher Alfred Hitchcock (yes, the director...though when he died in real life, his character was replaced by the ficitonal Hector Sebastian). When they're not solving crimes, they're thwarting the plans of their teenage nemisis "Skinny" Norris, or having a rumble with the Hardy Boys.

I'd often project myself onto Bob, the slightly nerdy, well-read one. He was not much older than me, and I'd always wanted to live in California. My neighbor, who introduced me to the series, and I would have all kinds of backyard adventures, fighting the burglars and terrorists who lurked behind our houses. I think Bob Andrews is the one fictional character I'd considered changing places with. 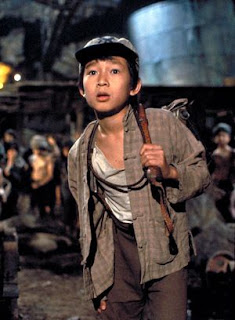