Character Arc in a Series…how does that work? (by PJ Sharon)

Happy end of July! Hope it's sunny where you are. I live in rainy New England and wish I could send a week's worth of precipitation to the West Coast. Godspeed to those battling wild fires, floods, and drought conditions across the country and around the globe. My heart goes out to you!

After all the great posts from my author pals this month, I’m sure you’re all familiar with character arc. That journey our characters endure from being somewhat of a mess at the story’s beginning…to finding a hopefully ever after in the end—a sign of emotional growth on the part of our deserving hero and heroine. After all, they had to go through hell to get to that HEA.

But what happens when you get to the end of the story and it feels like your main character’s journey is just beginning? 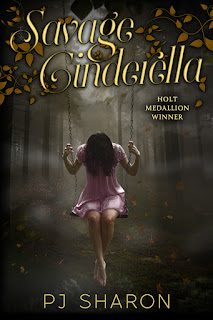 I felt that way after I published Savage Cinderella in 2012. Brinn had been through so much and had come so far--surviving eight long years in the mountains of North Georgia after having been kidnapped as a child and left for dead at the age of ten.

I won’t spoil the story for you, but let’s just say that after some interesting and harrowing twists and turns, the story comes to a satisfying conclusion.

The problem was, Brinn kept talking to me. She was only just beginning her journey, but I was busy listening to other characters, writing a dystopian trilogy and another YA romance. It was five years later that I finally couldn't ignore her anymore and began writing a series of novellas based on Brinn’s recovery, reintegration, and apparent talent for crime solving.

As she repeatedly "told' me her dream of becoming a law enforcement officer, I found I had tons of ideas for new cases to be solved, even as I knew she would have to deal with the emotional turmoil of recovery and learn to navigate the difficulties of living in the world and juggling would-be suitors. Being that impulsive behavior and confusion over feelings are pretty normal issues for twenty-year-old's, I'm not sure myself where Brinn will end up. Of course, I leave a little teaser at the end of each story so readers know Brinn isn't done growing yet, but I also have to wrap things up neatly in each novella to deliver that warm, lovely, and satisfying feeling of everything being as it should be when we finish a 150 page reading snack. 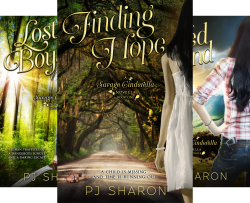 A consistent challenge for me while writing this series has been figuring out Brinn’s overall growth arc as it happens over time as well as through each individual novella. There are general overarching themes of healing and finding her independence while building healthy relationships, but her growth from one book to the next sometimes feels like a mystery...even to me.

I think keeping it real, forcing her to face her demons, and seeing her overcome, learn, and grow from those experiences is what makes her a character worth rooting for. It certainly adds another element to the challenge of writing a series that will keep readers engaged. Adventures in and of themselves aren’t enough to carry a story through a lengthy series unless the character continues to grow, learn, and change, moving ever closer to his or her best self. I’m working on book six in the series (because the first line of the book wouldn't leave me alone.) I have to trust that Brinn will tell me where she needs to go next. I hope I’ve done justice to her character arc so far!

Now, the trick is in knowing when the character has reached their full potential or is at the end of the proverbial road. 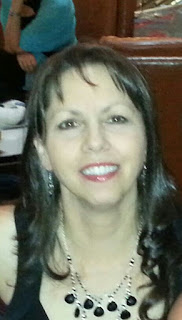 In addition to her contemporary YA lit, Ms. Sharon’s YA dystopian trilogy, The Chronicles of Lily Carmichael, which RT Book Reviews calls “An action-packed read with a strong female lead,” is a sci-fi/fantasy adventure inspired by her fascination with “prepping” and her passion for environmental causes, as much as by her love of romance and the unending “what-if’s” that haunt her imagination.

PJ has two grown sons and lives with her brilliant engineer of a husband in the Berkshire Hills of Western MA where she writes, kayaks, and plays in the dirt as often as possible.

For more info on PJ’s books and updates on new releases, sign up for her newsletter or visit her website.