John Clark with his take on conflict from a writer’s point of view. While thinking about what to say, I remembered the first time I saw someone with an outie bellybutton. It was just enough out of the ordinary for a four or five year old kid. Conflict in fiction, especially young adult fiction comes in both internal and external varieties. I grew up on an 187 acre farm in rural Maine, blissfully unaware of how I didn’t fit in until I started first grade. The moment I looked around, I knew something was off, but couldn’t identify what it was. That was my introduction to inner conflict. If you reflect on your growing up years, I bet you’ll come up with plenty of internal conflict moments...stay in a relationship or break up, go to that party you know your parents will disapprove of, change what you say, or dress because you want to fit in. While many later become externalized conflicts, most start as a dialogue in your head.

I agree with one of Mary Strand’s recent observations, but in reverse. I’ve thrived during the pandemic, realizing that I’m far more introverted than I thought. Of course, I started that way (see the comment about first grade above), and it took years to get comfortable around other humans in quantity. COVID gave me license to stay home and enjoy my own company. In the process, I was able to shed plenty of conflict-ripe situations.

I’m in the process of doing a hopefully final edit on an anthology of short stories about Maine kids that I’m calling Hardscrabble Kids. Each one is about one, or more kids, mostly teens, growing up in poverty and family dysfunction. While most have a magical realism feeling, the plot elements for almost all of them could be found in more than one place in rural Maine.

While my conflicts these days are pretty insignificant (do I get up in time to go swimming today, go to the post office in the morning or in the afternoon), I skirted some of those represented in the anthology when I was that age, or knew kids dealing with them. Here are some of the conflicts kids in the anthology face.

A nameless boy living in a donation box at the Bangor Mall and has difficulty differentiating between auditory hallucinations and real voices, must decide if the talking dime he found in a parking lot really can help him.

Jenni and Amy have to come up with a way to permanently deter the school bully from terrorizing them. The solution involves a trick football play and a truck driver.

Inky Johannsen, unable to communicate clearly, must figure out how to defeat the scary entity kidnapping teen boys riding on a remote ATV trail.

Two young siblings must choose between loving adults on another world, or returning to sleep in an abandoned car on their front lawnmowers.

Mara has to decide whether she can trust a Jewish genie she frees from a bottle at the redemption center when he offers her those three wishes.

Sara has to decide how much she wants to pursue the summer romance she swore would never happen.

Subah escaped a horrible family situation, only to have the safe situation she created suddenly be destroyed. Can she trust a guard dog and an old man running an auto salvage yard?

When Peter’s long held dream of a family trip to Alaska ends because of a serious chainsaw accident, can a girl who experienced her own traumatic injury and a revolutionary war ghost offer him something equally exciting?

When Greg Faircloth, the only out gay teen at a high school discovers he can morph into inanimate objects, does he use the gift to protect himself, or exact revenge on the high school football players who delight in tormenting him?

If you’re up for it, I challenge you to keep track of every conflict you encounter tomorrow. I bet you’ll be surprised at the number and variety of them. Thanks for reading this. 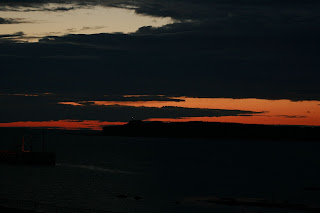