This end-of-year YA Outside the Lines post comes with a giveaway of five great books by wonderful YA authors I know. 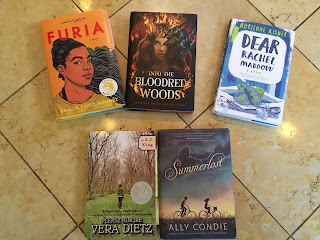 Read to the end to get instructions on how to win new copies of one of these. These are all books I love unreasonably and immeasurably. Along the way, I’ll tell you some of what I learned from them. I’ve listed them in the order I read them, from most recent to years ago.

Furia is Yamile Saied Méndez’s beautiful breakthrough YA novel about 17-year old Camila “Furia” Hassan from Rosario, Argentina, who loves playing soccer and who must fight her way past a huge collection of obstacles (including possibly giving up love) to make it playing professionally in the U.S. 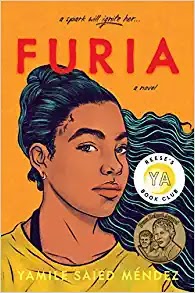 Winner of the 2021 Pura Belpé Award and on a pile of “best book of the year” lists, it is a novel that, as Reese Witherspoon put it, “will set your dreams on fire…It’s fabulous.” By a soccer-loving author from the same barrio in Argentina as the protagonist, who herself came to the U.S. against long odds, it is a beautiful story, well-told, with a wonderful romance subplot. It’s also about something: Argentina, patriarchy, misogyny, domestic violence, love of sport, following your dreams, sacrifice, and loving something passionately that others don’t understand. 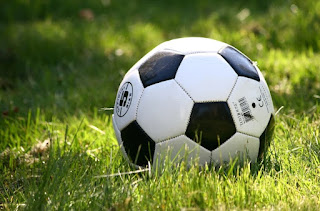 Writing novels is hard. We might as well include the beating heart of what we care about deeply, so readers can feel it coursing through the story. Also, while Yamile knows and loves soccer, she gives us the game at a feel level, not a clunky technical breakdown (I spun with a pullback move…) That’s a lesson I need to learn for the soccer (and fight) scenes in my current WIP.

On a side note, Yamile (who also wrote one of my favorite picture books, Where Are You From?) finished writing four books under contract this year, has five children, and practices a religion that prohibits you from selling your soul to meet publishing deadlines, so someday I hope to interview her about productivity habits.

2021’s Into the Bloodred Woods, by one of my favorite people, Martha Brockenbrough, is one of the most stunning book I’ve ever read. It’s a fierce, feminist recrafting of several different fairy tales melded smoothly into one gripping story, told in a sure voice. There is heartbreak, high stakes, and human evil and cruelty. The only other thing I’ve ever read that invoked this kind of feel—blood-soaked feminist tale in a world of fairy tales become vivid and relevant to ours—is Christine Heppermann’s wonderful Poisoned Apples: Poetry for You, My Pretty. 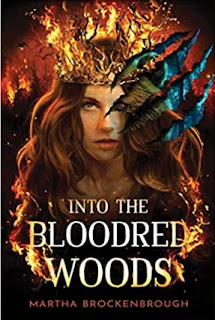 In Bloodred Woods, Princess Ursula tries to save the kingdom and its people from evil (and find a life for herself). There’s a wonderful sense that the author let the story gallop. (Heck, she let the werebears gallop.) 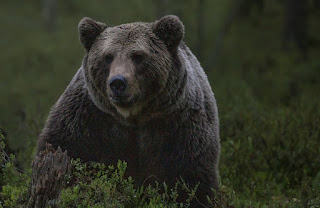 One of the other things I learned from this beautifully crafted book is how I need to up my game on the opening lines and final, read-on lines of each chapter: “One fine day, an eyeless man with a mutilated face arrives in a village by a pale gray sea…” Oooh. Martha is the author of, among other things, wonderful picture books including I Am an American: The Wong Kim Ark Story, the terrific YA The Game of Love and Death, and definitive biographies for young people including Alexander Hamilton, Revolutionary, but this is her book that, for me, cut the deepest. 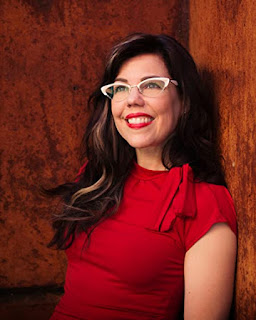 Adrienne Kisner has gone on to write other wonderful YA novels (Six Angry Girls, The Confusion of Laurel Graham), but her YA debut, Dear Rachel Maddow, has a special place in my heart: it’s fierce, funny, heartfelt, and full of creative profanity. After writing to her heroine Rachel Maddow for a school project, 17-year-old Brynn Harper starts writing more emails to Maddow that she never sends—about breaking up with her first girlfriend, dealing with the death of her brother, having a new horrible stepfather she calls “the fartweasel,” and about trying to correct injustice at her school, which leads her to activism and fighting for herself and her classmates. Things get worse in this epistolary novel, at school and at home, but Brynn finds new hope and even new love, with humor, heart, and resilience, guided by the thought, “What would Rachel do?” 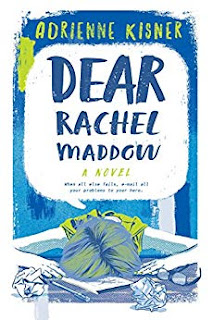 This book is a wonderful, quirky homage both to Rachel Maddow and to Beverly Cleary’s Dear Mr. Henshaw made fresh and wholly Adrienne Kisner’s own. I loved Brynn’s voice and how Adrienne made us care deeply for her, falling through the cracks at school and from parental neglect, but choosing to climb back up by herself with the help of her friends. I continue to learn about voice from it and how voice brims with attitude, and I’m in awe that she could do this in a novel in email form. 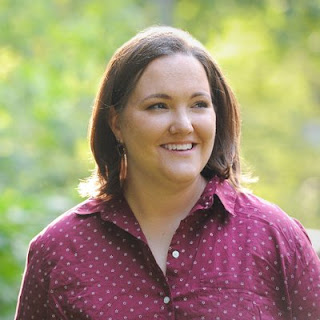 Ally Condie wrote the wonderful YA best-selling Matched trilogy and its sequel, The Last Voyage of Poe Blyth, but my favorite book of hers is her haunting, beautiful middle grade about loss and the mystery of friendship, Summerlost. 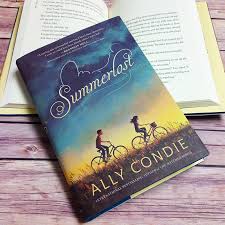 A year after losing her father and younger brother in a car accident, Cedar Lee spends the summer in Iron Creek, Utah, where she develops an unlikely friendship with Leo and undergoes adventures set around the local Shakespeare festival. In this Edgar Award finalist story there are mysteries to solve—what happened to the famous actress who died there, what about the secret tunnels, and who is leaving things on Cedar's window sill? The real mystery, though, is that of the human heart: What makes someone you meet over the summer your best friend, and how do you come to terms with a loss like Cedar's? Kirkus says Ally Condie's prose is "immediate and unadorned, with sudden pings of lush lyricism," but it's way better than that: It's simple, stark and makes you feel like you're getting Cedar's thoughts directly, without any interposing filter. A wonderful, moving book full of heart. It taught me that you can lead with story, not just with the tap-dancing and hand-waving of voice and humor. 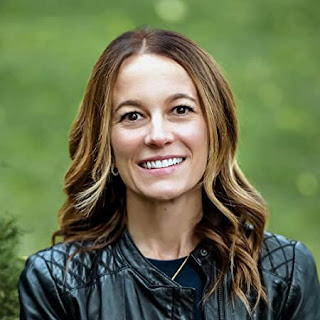 A.S. King’s surrealistic books are weird and wonderful, unsettling, fierce, and full of both empathy and the explosive energy when our humanity impacts this difficult, troubling world. She won the Michael Printz award in 2020 for her novel Dig, and I love her other novels too, including Everbody Sees the Ants, Still Life with Tornado, and Ask the Passengers, but her breakthrough YA novel Please Ignore Vera Dietz had the biggest impact on me as a formative writer. 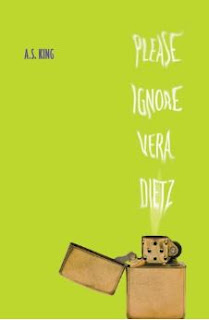 High school senior Vera Dietz is grappling with the aftermath of the death of her ex-best friend Charlie, who hit her and then abandoned her for his druggie friends. Vera also knows, though, that Charlie didn’t commit the arson crime he was blamed for. Her approach to getting through life under the radar—please ignore Vera Dietz—will have to change for her to make things right, and she does. 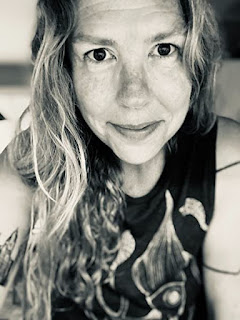 The book features, among other things, chapters from dead Charlie, from Vera’s dad in the form of flow charts, and from the narration by a pagoda-shaped building in town, which round out and deepen our understanding and give us more of the story than Vera understands herself. I realized, reading this book, that as a writer you can do almost anything in your novel, as long as you do it really well and it serves the story. 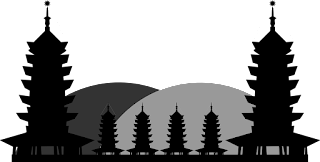 Anyway, to win one of these books, be one of the first five to email me with BOOK GIVEAWAY in the subject line to my school email address: dean.gloster[at]vcfa.edu. As a bonus, you can tell me which book you’d prefer and if there’s one you’d prefer not to get (for example, because you have five copies already, to give to friends, which, frankly, everyone should have.) I’ll email you back if you win and get your shipping address. If it's later than about January 2, don't email about the giveaway (you probably missed out)--just buy all the books yourself and email me that you loved them.

Thanks for reading to the end, and I hope 2022 has some wonderful gifts for all of us. 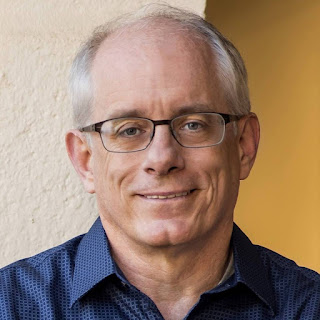 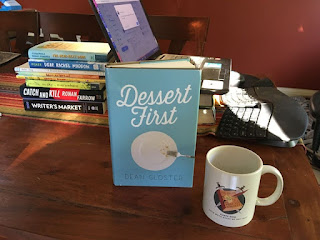