April 3-9 is National Library Week, so I’m blogging smack-dab in the middle of it, but here at YA Outside the Lines, it’s library MONTH. Who doesn’t love a library?

My own love of libraries (and of course books) started very young. I lived here in Minneapolis until I was 8, and we were lucky enough to have a bookmobile (basically a bus filled with books, and part of the Minneapolis Public Library system) that showed up right at the end of our block. Weekly as I recall, but I’m not 100% sure about that detail. Books to check out! It was like magic! 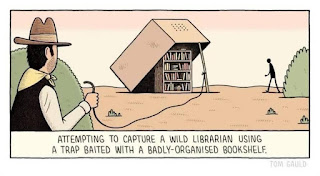 I was one of eight kids in my family, and we had tons of books in our house, but lots of them were for the older kids. Besides, I could never get enough books. At my Minneapolis grade school, every week, I checked out as many as they allowed. (My first-grade teacher once had to borrow a Little House book from me to read to the class because I’d grabbed it from the library before she could.) In junior high, I volunteered in the library. It was glorious.

In high school, I still used to read a LOT, but my life was sports, so I confess I no longer hung out in libraries ... but I made up for it in college, when one of my work-study jobs was in the Instructional Media Center, which was mostly a children’s book area for education majors (which I wasn’t) at the University of Wisconsin - Eau Claire. Yes, I actually spent my downtime at work reading kids’ books. (This would likely surprise everyone at the bar where I also worked in Eau Claire, but that’s what people get for trying to predict me!)

And then I sailed into a future of work, work, work. No library time for meeee.

But when my kidlets arrived on the scene, it was back to the library! They each got their own library card at six months of age, along with the repeated warning that a book is a precious thing that you never, ever damage. Even as toddlers, they followed that advice to the letter. Yes, we have a million books in our house (one of my absolute favorite baby gifts, both to receive and to give), but libraries have even MORE books. They’re still like magic!

By the way, I also love Little Free Libraries, and in fact I have one at my house. They are such a blast, not to mention a way to draw neighbors and their favorite books together.


As an author, I still love libraries. They give my readers, especially those who can’t afford to buy all the books they want, the chance to read them for free. (Stealing books does that, too, but stealing of any kind = bad.) And, just like when I was a kid, libraries offer opportunities to explore worlds far, far beyond the one in which we each live.

I owe so much of who I am to books and libraries. I’ll bet you do, too. 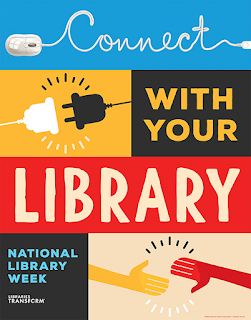