Skip to main content
Labels
Posted by Allie Burton May 16, 2022 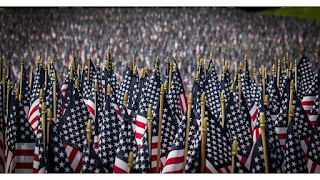 While researching a young adult historical book, I came across information I’d never learned in school. Over 33,000 Japanese Americans served in the United States Armed Forces during World War II. They served while their grandparents, parents, siblings, and friends were relocated and imprisoned in incarceration camps in our American west. Internees in most cases lost their homes, business, and possessions when they were interned. Almost two-thirds were American citizens.

Executive Order 9066 was issued by President Franklin Roosevelt on February 19, 1942. This order authorized the evacuation of all persons deemed a threat to national security from the West Coast to relocation centers further inland. The order didn’t deem caucasian people of German or Italian descent a national threat. Only those of Japanese descent, some of whom had never visited Japan.

And that’s who I will be remembering on Memorial Day. Those who served while being discriminated against at home, those who took extreme risks in dangerous conditions, those who died without recognition.