2012: the year I start to tell my grandmother's story

Some of my writing goals for 2012 are being set by others:


But one writing goal I've set for myself is to begin to tell my grandmother's story.  When I was growing up, my grandmother Effie Henry, was a formidable figure. She was 72 when I was born, and 90 when she died. She was slender, with a sharp mind and sharp opinions. She was prim, severe, judgmental, fanatically religious. She could whistle really well. 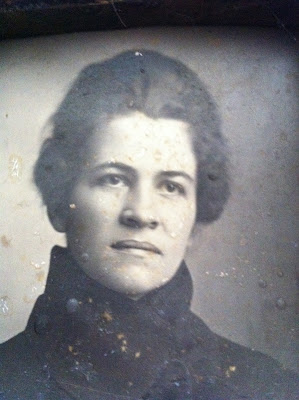 About this time two years ago, I found out the secret my grandmother had hidden all her life.

When she was 18, her father shot her boyfriend. Four months later, he died from his injuries. And she didn't marry until until she was 32, in 1920. For years, I just figured she was a late bloomer.  Then in an idle moment of Googling, I found her name in an Arkansas State Supreme Court decision. It upheld a lower court's ruling that found my great-grandfather guilty of assault with intent to kill.

According to the court records, when she was 17, Effie started seeing a man named Jim Wallis. One night they went to an “entertainment,” and returned at 11 pm.

The court transcript states, “She started to go in the house, but was stopped by Wallis who reached out his hand and drew her to him and kissed her. She put her hands against him and pushed him away. They walked to the end of the porch, and stood there talking until the clock struck eleven. Wallis looked at his watch and then turned and kissed her again. He then left the house.”

Effie went inside, heard a door open, and then saw her father “going down the steps with a gun in his hands.”  She heard the shot, and tried to run to Jim.  Her father grabbed her, and said it was all her fault for hugging and kissing Jim.

Finally he let Effie go to her boyfriend, who lay bleeding in the street.  Jim told her that he was sure he was dying.

At the trial, Effie’s brother testified that a year earlier he had seen Effie and Jim together “in a very suspicious attitude, conducting themselves in what he thought a very unbecoming manner on the front porch.”  He ordered Effie inside, and told Jim to never come back.  But Jim did, the next day, and told  Effie’s brother that he loved her.  They continued to see each other until the night he was gunned down.  He lingered for months, finally dying in a Texarkana hospital.

My great-grandfather’s defense was that he was sure Jim “was trying to seduce his daughter and relieve her of her virtue.”  But the jury found that the two intended to marry.

If you're an author, then you know that backstory explains everything.  And this part of my grandmother's backstory explains a lot of what she became.  She lived with her parents for many more years. How did her family treat her?  Her town?

I'd like to do a story that reunites the lovers in present day.  A ghost story.  Which is different than anything I've done before.

But Grandma Effie's spirit calls to me.

Do you see a family resemblance? 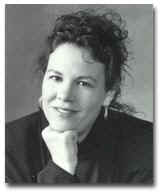