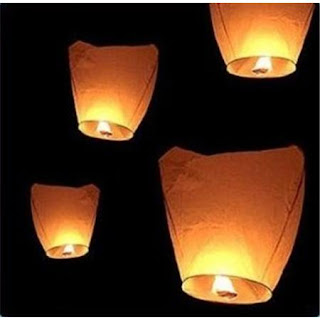 When I saw that this month's blog question was "What are your 2012 writing goals" I felt bad about myself. Because I thought about my 2011 goal. And my 2010 goal. And I didn't meet either of them!

Because my goal in 2010 was to finish writing the book I'd started. And when I didn't, I made that 2011's goal. And now, as I'm looking at a mere four days left in December, I'm getting the feeling that won't happen. But I'm trying! Whenever anyone asks me how my book is going I tell them "I have a little over 76,000 words, I think I have about another 5,000 to go." Their reaction is always, is that how you think about your writing, in terms of words instead of pages? And I say yes. Because 5,000 words doesn't feel like that much work to me. What I don't tell them is that the story is killing me, it's been so hard to write and putting it in terms of word count instead of the story making sense helps to ease my anxiety.

I have a very short attention span. I love a sprint, hate a marathon. So thinking long term is not terribly motivating to me. I'm not a big fan of delayed gratification. I'd like my dessert now, please.

I don't usually make long term writing goals because so much intervenes - like life - and I don't want to get discouraged. And the fact is, every book is different. I've written books in 3 months and 6 months and now this one has taken two years. So I stick with shooting for base hits instead of home runs. Write 1,000 words. Edit the first two chapters. Don't sit by the pool reading other people's books instead of writing your own (that's a hard goal to stick to).

So I'll probably stick to my base hits when it comes to goals for 2012. I'll keep to a weekly writing schedule. I'll not give up on my book because it's hard. I'll type 1,000 words and hope it all comes together. I'll edit to make it all better.

And this year I'll be doing something a little different to set myself going in the right direction. See those paper lanterns in that photo? those are Wishing Lanterns I purchased. You light them like little hot air balloons and set them free into the night sky while you make a wish. My wish this year will have to do with my writing. And even though they're not "goal lanterns" I'm hoping that when I get off track I will remember what it was like to send my wish out to the universe and do what it takes to make it come true.

While those don't sound so exciting or like major achievements, they will - eventually - get me over the finish line. Even if I'm crossing a little later than I'd hoped.