Just say no to the apocalypse and other 2012 goals 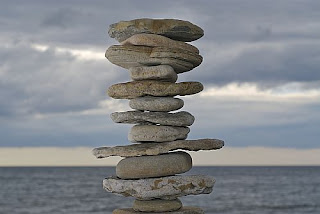 My father used to keep a hand-made notepad in his shirt pocket. He’d repurpose various unwritten on pieces of paper, cut them evenly, staple them together and then jot on them. Things to do, grocery lists, reminders. Each December as the year turned, he’d get a new wall calendar and meticulously go through the months, marking birthdays and anniversaries so he would remember to send cards. In his desk drawer were stacks of index cards for everyone we knew with their birthdates, addresses, phone numbers… when a new baby was born, he’d mark it. When someone died, he’d mark that, too. Low tech, yes. But highly effective.

It is thus no great surprise that I am a list maker and a goal setter. In fact, for the past six years, I’ve written myself a letter every New Year’s day, taking stock of what has gone on and establishing what I’m aiming for in the new year. Not that I always get there. I often don’t. Plans can change. Plans can fail. I can tell my plan to go to hell or cling to it like a burr. But only if I have one first. Or as my husband is fond of saying when I obsess too much with “what if?”: What if it rains hockey pucks? We’ll all get concussions. Which is his version of my late Uncle Harry’s bit of German Jew wisdom – Man plans and God laughs.

For what it’s worth, here is next year’s plan, in many ways not that different from my esteemed colleagues who have already posted: (this is the life of the 27th of the month poster; the good stuff has often been said. But in January I take over a new date, the 7th, so watch out!)

1. Finish the book that I’ve been writing on and off since late 2008. I love this book. I am meant to write this book. I believe in this book. My agent believes in this book. My critique group believes in this book. But life has continued to get in its way. I have written and sold and edited three other books (2 of which are due out in the coming months) since I began this one. I’ve left teaching, been a mother of the groom, recovered from cancer and drunk tequila of questionable origin while standing on a bar in Ensenada since I began this book. (Don’t ask. Really. Don’t.) But it’s time to get it done. I’m giving myself until April.
2. Continue to find balance in life. Work, family, play, travel and all the rest. It’s been a little easier the past few months because I’m not teaching full time. But life has a way of filling the space. Yeah, I’m not grading essays and research papers for 8 hours every Sunday. That's start. But I also need to stop giving myself a hard time if I don't get it right. Cause sometimes I won't.
3. Breathe easy about Anastasia Forever. It's coming out in August. I've done good work. My Sourcebooks team has done good work. I need to enjoy and celebrate this. A lot!
4. Get better at saying no. Except when I should say yes. Accept compliments graciously rather than denying them. (I hate that I do this. But it's hard to stop)
5. Be present. Which means that while I could expand this list, I won’t. I have a life to enjoy.
Email Post