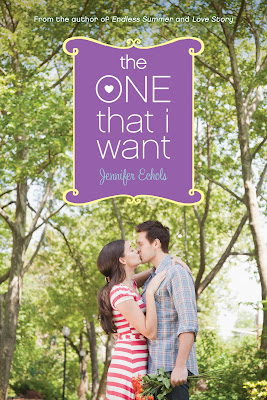 My publishing career has been very unlucky.

Sure, you could say that I'm lucky to be published at all. But if I told you that I sold my 10th manuscript in my 15th year of trying, do I sound so lucky now?

And things went downhill from there. After I sold my first book, my editor didn't want the second book I sent her. She didn't want lots of the proposals I wrote her for substitutes, either. We did finally agree on what my second book would be. After I wrote it and before it came out, she left for another publishing house. This is called being "orphaned." The reason it is so awful is that an editor buys your work because she makes a personal connection with it. Once she leaves, maybe another editor at the house makes a personal connection with your work too. And maybe she doesn't.

In the seven years I've been published, I've been orphaned six times.

But here's where I'm lucky: not one bit of this came as a surprise to me, and when these problems came up, I knew how to deal with them. I am a member of Romance Writers of America and my local chapter in Birmingham, Southern Magic. I was a member before I was published. I have rarely missed a meeting. And in all those years and countless talks by other, more experienced authors, I have heard that sometimes you write a whole book for an editor and she turns it down. You have to try again. You might write a proposal she turns down. You have to try again. You might get orphaned--you know what? probably not before your second book comes out, and probably not six times in seven years, but you might--and you have to try to work with an editor who wasn't the one who loved your book in the first place.

Because I wasn't entirely surprised at these turns of events and I knew I could deal with them as my writer friends have dealt with them, I worked through them to what I think is a pretty good place today. Without Romance Writers of America, maybe I wouldn't be published today. Maybe I would be, but I know I would have melted into a puddle of tears when my editor left if I hadn't known what a common occurrence this is. And that's why I'm lucky.

Occasionally I hear of a YA author who doesn't seem to be a member of any national writing group. They just figure things out on their own. But most folks seem to be members of both Romance Writers of America and the Society of Children's Book Writers and Illustrators, though they're only really active in one or the other. I don't go to a lot of SCBWI meetings, but I heard Jay Asher speak at the national convention one year and wax poetic about what SCBWI had meant to him through his rocky road to publication. It sounded about like what RWA has meant to me.

Are you a member of one or the other or both or something else entirely? And do you agree with me that joining a writers' group and forcing yourself to go to meetings is the best way for an introvert to get lucky?
Posted by Jennifer Echols at 10:39 PM