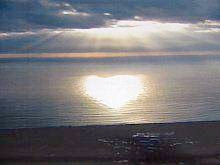 “Luck” is a word that gets thrown around a lot. There’s the “Hail Mary” basket that sinks at the buzzer, the flight that takes off minutes before the storm hits, the stray kitten that shows up on the doorstep of people who decide to take him in. But it’s also a concept that can be looked at several ways. For example, a woman with no family history of cancer is diagnosed with it, seemingly struck at random. You’d hardly call that lucky. But the doctor says, “You’re lucky because when we treat it at this early stage, it’s 99% curable.”

In this situation is she lucky, unlucky, or does luck even come into play?

When I was trying to get published for the first time, I kept writing and revising, attending conferences and paying for critiques, taking classes and studying, hoping to catch the attention of an editor who couldn’t resist my writing. There were some glimmers of success when an editor or agent I’d met or queried asked to see more, but that lucky break didn’t come. So I kept doing what I was doing, and in 2005 I met Rosemary Stimola at a writing conference. At the time our meeting didn't feel lucky. She wasn't interested in the manuscript I'd submitted for a critique although she seemed curious about the first page of a story I was just beginning to write. But in 2007, after I’d finished the manuscript that eventually became Fairest of Them All, I sent her a query reminding her of our meeting. Two months later I signed with her.

Since then many writers have commented—with great envy—how lucky I was to get such an amazing agent. I agree. I was lucky that my first page caught her attention, that the idea of a beauty queen with alopecia intrigued her, that she liked my writing style. Those were factors I had no way of controlling.

But I give myself credit, too. Despite numerous rejections, I’d kept studying and writing for more than a decade. As soon as advance information about that writing conference arrived I selected Rosemary as the person I wanted to critique my manuscript and fine-tuned those first 10 pages—and the dreaded synopsis—so I wouldn’t have to scramble preparing them at the last minute. The day after the writing conference information arrived in the mail, I sent in my registration, check, and manuscript for critiquing. Critique slots with Ms. Stimola were limited, and the only way to be certain of snagging one was to be first in line. And after she'd expressed interest in my blind first page during the group critiques, I discussed the project during our time together. Those few minutes were enough to help her remember me two years later.

Was I lucky to get one of the best agents in the business? Absolutely. But without all that preparation, it would never have happened.