In Renaissance Europe, a popular form of entertainment was the commedia dell’arte, where itinerant troupes of actors would wander from town to castle to city and put on semi-improvised plays in exchange for a place to sleep, some food, and, if they were lucky, a small payment. The lady of the manor or the mayor of the city or some other bigwig would give them a theme—two lovers overcome peril and unite happily, a scheming lord attempts to defraud an honest tradesman—and off they’d go. 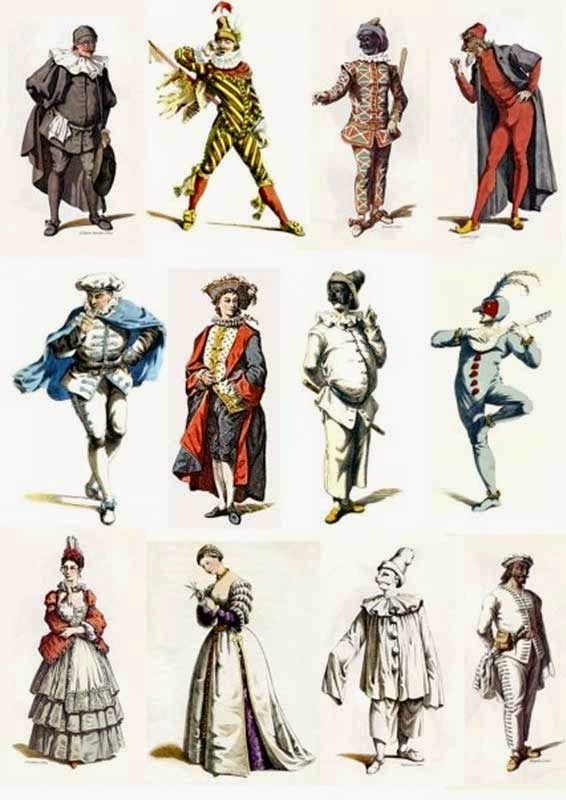 As a shortcut to the audience, each actor took the part of an easily recognized character. Harlequin always dressed in many colors (think of the jack in a deck of cards) and was a comic figure, servant to the Doctor; Isabella always wore the latest fashion and was usually the love-interest; etc. Spectators knew exactly what to expect of each one.

Good thing we don’t have stock characters like that anymore, right?

Wrong. Many authors still rely on clichés as a kind of shorthand. Three that I see repeatedly are the mean cheerleader, the dumb athlete, and the close-minded Christian. I’m sick of these, and not because they reflect on me personally—I am not now, nor have I ever been, a cheerleader, an athlete, or a Christian—but because it’s such a lazy way to make a reader feel comfortable.

“That guy drives like a bat out of hell,” I once said to a friend.

“What an amazing image!” my friend said. “It sounds like something Dante would say!”

Not the usual reaction to a cliché, right? But my friend had never heard it before—he’s Italian—and if you think about it, it is an arresting image: a dark, winged creature hurtling through the gaping maw of the netherworld. Once it was an arresting image to English-speakers, too, but overuse has stripped the phrase of its power. As Julie Esbaugh said in a recent post in Pub(lishing) Crawl, “The first time someone said,  ‘Actions speak louder than words,’ it probably sounded profound! But now that expression has lost its freshness and therefore, its power.” (Here are some wonderful examples of visual “translations” of idioms unlikely to be familiar to English-speakers.)

Last month, Alison Flood listed some of her own most-disliked clichés in an article in the Guardian. They’re worth studying!

It’s fun for an author to come up with new metaphors and similes, and it’s fun to come up with characters that buck a stereotype. More importantly, unexpected characters are more believable and fresh to the reader.
Posted by Tracy Barrett at 10:00 AM