We Love Our Star-Crossed Love, Plus a Contest!! 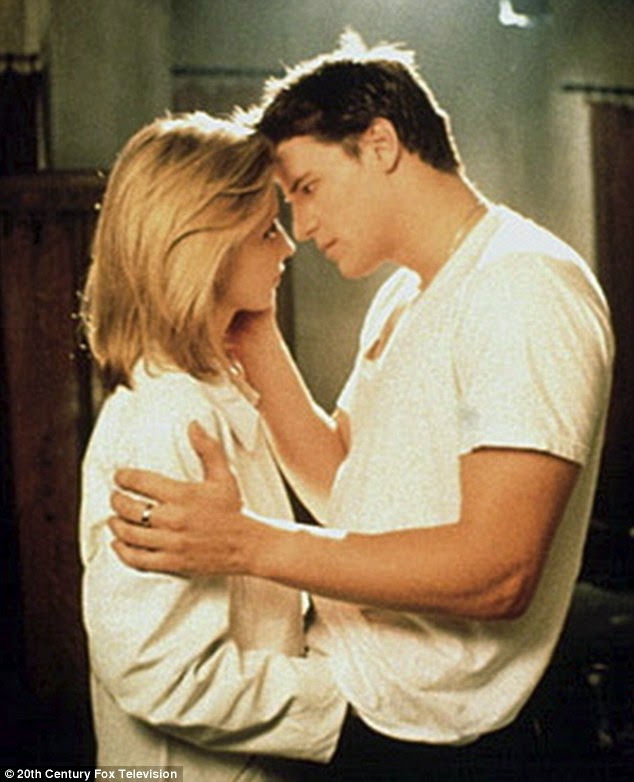 Clichés, I think, are only clichés if you’re older. If you’re younger—say the target audience for YA novels, then they’re not so much clichés as they are patterns. Or maybe just plot ideas and character types that you really, really enjoy even—or especially— if they’re familiar.

I was chatting just a few days ago with author Jennifer Mathieu (The Truth About Alice and the forthcoming Devoted) about the cliché, if you will, of star-crossed lovers. Jen teaches junior and senior high English when she’s not writing (and possibly sometimes when she is!) and next up was Romeo and Juliet and she was looking for some fresh ideas. (Let me add that as a classroom teacher for a number of years, I seriously question the subliminal message of teaching R&J to 8th graders. Because really, what are we telling them? Fall in love fast and if it doesn’t work out, you can always off yourselves? The snark aside, it’s a serious issue if you’re a career secondary school teacher. Some years it feels like the death curriculum. R &J, Antigone, Caesar, Hamlet (they all die in a heap in that one!). Or 1984. I began wondering aloud a few years back what would happen if Katniss Everdeen wandered over and showed Winston Smith how to fight back. Although even Katniss would have trouble with the whole ‘we’re going to put your head in a cage of rats’ thing. Or whatever.)

Anyway, back to Jen and star-crossed love. Have them write about THAT, I told her. Why are we so devoted to that cliché? Why is it so satisfying and pervasive? And not just when we’re teenagers, although that’s prime time. Because let’s face it. When you’re sixteen, you feel that everybody but you is controlling your life. You’re powerful and powerless all at the same time and one of the few things you at least think you can control is who you fall in love with. And if it’s someone your parents disapprove of, then hooray, all the better. Nothing makes one happier at sixteen than having a reason to feel misunderstood—mostly because we often ARE misunderstood at sixteen. And adults don’t always respect our ideas and our personhood. Even when they think they do, we still don’t feel that way.

As the queen of star-crossed love, Buffy Summers once said of her vampire boyfriend Angel, “You can hurt me, you can send assassins after me, but nobody messes with my boyfriend.”

Buffy, of course, was star-crossed angsting over Angel long before a certain Bella Swan fell for sparkly Edward. (okay, you can see which side of that battle I’m on. Because seriously? Vampires Do. Not. Sparkle.) But whether Twilight or BTVS, we love the star-crossed love. (Okay, another thing. That easily won happily ever after at the end of Twilight. It bugs me. Sorry. It does. Now if Bella became a vampire and then ate her parents like Angel did, now that would be cool.)

So clichés. Not so much clichés as much as patterns we love. I’d have to brush up on my Jung to tell you if this takes us into archetype territory. (I confess, I’m a lazy academic these days.) But let’s face facts. We love it. Perfect Chemistry by Simone Elkeles; The Mortal Instruments series by Cassie Clare; the aforementioned Twilight; the ‘everybody who isn’t under a rock has read it’ Fault in Our Stars;
Almost every dystopian novel out there; a bunch of Shakespeare; a bunch of Greek myths like Pyramus and Thisbe; Joaquin Phoenix and his cell phone; that couple in Eternal Sunshine of the Spotless Mind; every Jennifer Lopez romance; Reese Whitherspoon and the guy who looks exactly like Matthew Mcconaughey in Sweet Home Alabama. John Cusak and Kate Beckinsdale in Serendipity. And a million trillion others.

So yeah. Don’t mock my true love for the star-crossed lovers cliché!
And in honor of Valentine’s Day next week (which has very unromantic roots in the Festival of Lupercal, which begins Shakespear’s Caesar, a play which has no romance whatsoever, just a bunch of idiots falling on their swords and ignoring portents), I set the following challenge:

Discuss star-crossed love using only Candy Conversation Hearts.
Take a picture of your efforts and post it on your social media and Tweet me the link. I’m at joypreble


The best one will win the entire DREAMING ANASTASIA trilogy, my homage to star-crossed love!  (Domestic US only)
Contest open until 2/15/15. Winner announced on my own blog.
Posted by Joy Preble at 2:00 AM