To Cliché or Not To Cliché (Natasha Sinel)

Clichés and stereotypes exist for a reason. They can be useful to a certain degree because most people recognize what you’re saying. So, when I talk about the mean girl, the jerk jock, the geeky smart girl, the musical-loving gay guy, you can picture this person, right? Or when I say “I fell head over heels” or “his voice sent a shiver down my spine,” you know what I mean.

But, accessible as they may be, clichés become overused and then they are boring. BORING. When I read clichés  in a novel, I may, without even realizing it, roll my eyes or start skimming. I don’t want my readers to do that. 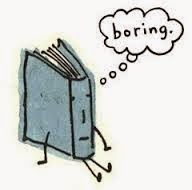 Since we’re in the month of Valentine’s Day with all of its eye-rolling sentiments and forced proclamations of love, I thought I’d share some of my least favorite romantic clichés. I’m guilty of using some of these in my own writing occasionally, of course.  But sometimes a cliché is the best choice. Anyway, hypocrisy aside, here they are:

A cliché that doesn’t bother me that much: The “love at first sight” concept. "What!?” you exclaim with disbelief. “That’s the most hated one of all! It’s so dumb.”

I know, I know. But hear me out. It's just not labeled correctly. It’s not “love at first sight,” it’s “strong mutual attraction at first sight.” When two people look at each other and hold eye contact, it’s because they’re open for something to happen. If both like what they see, then sure, why not? It might not be insta-love, but it’s insta-attraction. That’s enough to get something started.

However, instead of the cliché where the insta-attraction must pan out into the forever-love cliché,  I’d like to see the insta-attraction end in…nothing. Maybe they make out and then are like, oh, based on that prolonged eye contact at that party that night, I thought we would be in love forever and ever, but actually not. So, that’s cool. Lemme just reapply my mascara and head to that dance tonight and scope out some fresh eyes to contact.

Natasha Sinel writes YA fiction from her home on a dirt road in Northern Westchester, NY. She drives her kids around all afternoon, but in her head, she's still in high school, and hopes that no one near her can read minds. Her debut YA novel THE FIX will be out from Sky Pony Press on September 1, 2015.

Posted by Natasha Sinel at 3:00 AM