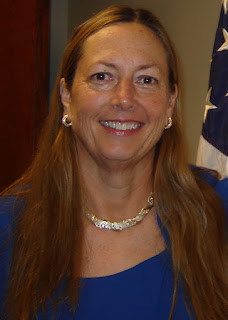 I don't know anyone who deals well with rejection—whether it's rejection from the family pet or rejection from an agent or editor. When was the last time you woke up and said, "Yes! Today I'm going to get a rejection letter from that query I sent last week. What a great day!"

I didn't want a file of rejection letters. In fact, even one rejection letter was not acceptable for this perfectionist. But after I finished my second book and published authors in my RWA chapter asked why it wasn't already published, I decided that maybe I should think about selling that book to one of the big New York publishers. Since a conference was coming up and I had an appointment to pitch to an editor from my "dream" publisher, I was set. After all, who wouldn't want my book?

You're smiling, thinking, "What a newbie mindset." And you're absolutely correct. But I was asked for "the full," and after a final revision, I sent it. Within a week, I received the manuscript in the mail with a letter detailing some cuts and revisions that, if I wanted to, I could make and return the book for a second read.

I made all the cuts and revisions except one. And that was a big one, a whole scene which I felt was too important to the ending of the book to cut. You guessed it. Three weeks later I got my first rejection letter—because I hadn't cut that scene. But the editor said if I had written anything else, he'd love to see it. I didn't send him my other book. 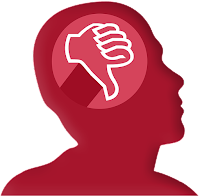 I almost quite writing. Well, I did quit for a while, but thank goodness for fantastic critique partners. Even though I heard their condolences "It just wasn't a good fit for them," "Something better will come along," and "Maybe you should have cut that scene," feelings of not-good-enough and I-don't-know-what-I'm-doing sprouted like weeds after a storm. Why? Because I couldn't hear, let alone process, what those words meant since I had been so certain I had an incredible, bidding-war-possibility first book.

After many pitch sessions to both agents and editors, contest entries (and wins), and rejections to query letters, I understand that my speculative science fiction romance stories really may not be a good fit for an agent or a house. If they already have a contract with an author who writes the type of story I write, I can understand their allegiance to that author. If they don't have "a slot" for something with an admittedly narrow audience from a debut author, I understand their choice to lessen risking their investment.

That doesn't lessen the bite of each negative response, but I've taken the specific feedback as an opportunity to hone my skills and my stories. Unlike some unpublished authors, I didn't send my book out as soon as I finished it. I kept learning and revising the manuscript until multi-published authors I respected urged me to submit it.

The truth is that as authors, we don't know what the marketing trends will be in eighteen months. We don't know what agents and editors are looking for, what will spark their interest to take a chance on a new writer. The difference now is that I get it. I understand they have to go with their intuition to take that risk. One editor told me that she loved the premise, the voice and the writing of the book, but she didn't think she could get it through the marketing meeting, so she passed. 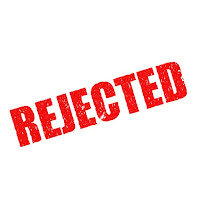 Rejection is such a harsh word for people choosing to offer a contract based on gut-instinct. If they're wrong, their reputation and income suffer. It certainly isn't like being back in junior high and asking a guy to the Sadie Hawkins Dance, when he looks at you deciding if he might get a better offer or if spending the evening in the school gym with you will be "worth it."

Rejection in the business world of publishing isn't personal, even though it feels very personal when you open that letter with all your hopes. The truth is, as long as you don't give up, as long as you keep writing and learning, you can keep pitching your projects. And one day you'll get the thumbs up letter.

Or you can self-publish. We as authors have lots of options now. Good options for those of us who like control over things like titles, book covers, release dates, and even editors.

Fae Rowen discovered the romance genre after years as a science fiction freak. Writing futuristics and medieval paranormals, she jokes  that she can live anywhere but the present. As a mathematician, she knows life’s a lot more fun when you get to define your world and its rules.
Punished, oh-no, that’s published as a co-author of a math textbook, she yearns to hear personal stories about finding love from those who read her books, rather than the horrors of calculus lessons gone wrong.  She is grateful for good friends who remind her to do the practical things in life like grocery shop, show up at the airport for a flight and pay bills.
A “hard” scientist who avoided writing classes like the plague, she now shares her brain with characters who demand that their stories be told.  Amazing, gifted critique partners keep her on the straight and narrow. Feedback from readers keeps her fingers on the keyboard.
P.R.I.S.M., a young adult science fiction romance story of survival, betrayal, resolve, deceit, lies, and love, is available in trade paperback and e-book formats at Amazon and Barnes and Noble.
When she’s not hanging out at YA Outside the Lines, you can visit Fae at http://faerowen.com  or www.facebook.com/fae.rowen
Fae also blogs at writersinthestormblog.com on the first Wednesday of every month.