WHAT WHO WANTS Revisited--by Kimberly Sabatini

This month on the YAOTL Blog we are talking about VOICE.
I've long since learned that my writers voice and my personal voice are inextricably intertwined. My struggle to write has always been tangled in my need to know what to say and who to say it to.

I could write about this topic from a million different directions. But what always resonates the most is an entry from my Live Journal blog back in 2010--WHAT WHO WANTS.

I wrote this post before I had an agent or sold a book.
Before I knew what I could be.
And before I learned that publishing a book was only one small step in figuring out my relationship with voice. 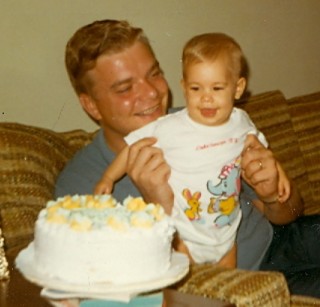 Its become a bit of a tradition. I come home from celebrating the New Year and then, when the whole house is quiet, I sit down to write and think about my father. At 2am on New Years Day it will be five years since he died. I also think about how its been five years since I was born...
I'm not sure I would be a writer if my father hadn't died at the age of 57. He died of an inoperable brain tumor on his optic nerve. He also died of want. Most people don't expect someone like my dad to die of want, but its the sunny ones that are the trickiest. On the outside he was beloved by almost everyone who met him. He was a wonderful husband and father, he was a volunteer fire fighter, a coach, a counselor, a friend. He was an all-around good guy. In fact there was a two hour wait on line at his wake. The line was out the door and around the block in 20 degree weather. How does a man like that die of want and even if he had, how could I possibly know?
I know because when I watched him die, I was afraid that one day I might die of want too. I was afraid of what we both knew... that you could live your whole life being what you are without ever being who you are.
There is value in being good at what you are, but there is loneliness in never being good at who you are.
I lost so much the night my father died, but I found something too. I found the courage that he left behind. It wasn't enough courage to take him to the places that he wanted to go, but when combined with the bit that I'd been given for myself...it has become enough. Its let me find my voice. It has allowed me to write the things that are in my heart and soul. Through my writing I say things aloud that I'd barely allowed myself to think in the past. When I write, I am who I am. I picture him standing behind me, reading over my shoulder, knowing that I will never die of want because of who he is.
I love you Daddy...

And that is how I found my voice.
It's how I began to learn who I was--both in my writing and in my life.