In staying with this month's theme of new beginnings:

I’ve long held the belief that every new day is a fresh start. A chance to do good in the world, to make a difference, an opportunity to explore life and all that each day has to offer. I’m especially drawn to this notion as a new year dawns, the month of February bringing us one step closer to Spring and its sprouting signs of new growth.

February is also the month of my birth, which gives me yet one more reason to celebrate the start of another year's journey on this twisted path of life. I’ve had my share of left turns, missteps, and stumbles, but the one thing that has always brought me back to center and given me the strength to take the next right step, has been the understanding that tomorrow is indeed a new day. Like Tom Hanks says in the movie Cast Away, "The sun will rise."

Meaning, that if I just keep forging the path forward, eyes on the prize, I'll be okay. That there are fresh opportunities around the corner, and another chance to make the world a better place for my children and grandchildren if I just persevere and keep putting one foot in front of the other. It doesn't mean I don't have dark days when I'd like to pull the covers over my head, or surprise catastrophes I'd love to avert, but I'm a firm believer in making lemonade from lemons and spotting the silver lining before I cast off a hard lesson. Call it being Pollyanna-ish, my husband might say it's my "dogged optimism", lol...

I call it faith. 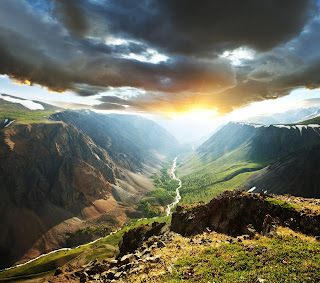 Whatever has given me this stubborn adherence to seeing the bright side, I'll take it, knowing to do otherwise only gets in the way of appreciating the little miracles life has to offer.
Speaking of new beginnings; as reward for being open to such miracles, the Universe sent me a wonderful gift for Christmas this year.
A new brother!
I know, CRAZY, right?
As you might recall from a previous post, I grew up the youngest of seven children. But there was common knowledge in the whispers of family gossip that my mother had become pregnant at the age of 19 while in her first year of college. Being 1949, like many good Catholic girls who found themselves pregnant and unwed at the time, she was sent to New York to stay with a family friend, and the baby was given up to Catholic Charities for adoption. My mother returned to school and went on to marry and have a family, but I think that crushing loss was always a wound in her heart that never quite healed.
Long after her death, my siblings and I wondered about the boy she had given up. Who, and where he was. Did he have a good life? What would he be like today? But with so little information, we didn’t know where to start looking. A few of us joined those DNA sites and I’d done as much research as I could, but most of the family who were around to know the history were long gone, and adoptions weren’t open then, making it nearly impossible to access records.

Turns out, he found us! At 71, with the help and encouragement of his daughter-in-law, our long-lost brother connected with one of my sisters through Ancestry. We’ve since e-mailed daily, spent countless hours on the phone, and are planning a small reunion this summer after we're all vaccinated. Our family has embraced him wholeheartedly, and we’re having a great time getting to know our “Hillbilly Brother” (a nickname he proudly signs on all of his emails). Having been an only child, and knowing he was adopted, he is over-the-moon happy to have hit the “motherload” of siblings. He says he has had a good life, and though his adoptive parents have been gone for some time, and he's currently living alone, he is fortunate to be blessed with two sons with whom he is close. According to him, having all of us embrace him so kindly has given him a new lease on life.

We feel the same about him and are enjoying getting to know him. He’s a wonderful storyteller, sharing his lifelong love of tractors and farming in little vignettes of country life in the Catskills, each e-mail a treasure trove of humorous anecdotes. Stories about crazy chickens and ruthless barn cats, and a pet raccoon named Rocky that used to climb up and sit on his shoulder while he leaned over the engine of an old Studebaker. We’ve exchanged pictures and genealogy charts, information I’ve been compiling for years. He has many of the Starr (my mother's maiden name) family traits, and I can see our mother in his full lips and thick dark hair in photos of him when he was young. His precise, drawling intonation and the folksy turn of phrase that comes so naturally to him reminds me of my other Hillbilly brother, (who lives in Vermont and is as countrified as they come). The two have really hit it off and have enjoyed lengthy conversations about farm life and the mundane and sometimes profound things brothers talk about, happy to have found a kindred spirit.

The newest addition to our family is a welcome blessing and interesting character to be sure, and I look forward to knowing him more. After a few of his off-the-cuff comments about missing by-gone times and fear of socialists coming for his guns, I'm certain we have very few political views in common, but we’ve agreed to not discuss such matters when there are so many other things to talk about and so many years to catch up on. I take this as a bonus gift—the ability for two near-strangers to overlook their differences, find what we have in common, and focus on what we can appreciate about one another.

In talking about our lives, I find he and I are not so different. 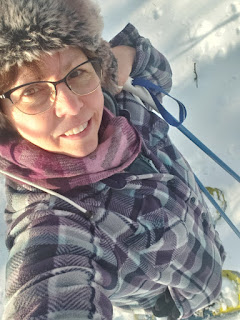 We both love nature and value it to our core—a trait that runs deep throughout my family. And we are both innate storytellers—a gift we share with our mother. He is excited about my writing and is already proud of my accomplishments, giving me a warm, unexpected feeling of pride. And as brother's so naturally do, he likes to rib me by calling me his "little sis" or "kid" each time we speak, an endearment I gratefully accept from my new big brother, even at 57 years old.

In my "dogged optimism", I see the opportunity to grow this new relationship as a hopeful step toward healing the country at large, and bridging the distance that so greatly divides us, even if it must be done one relationship at a time. At our core, we are people of one land, and we must learn to live in peace again if there is any hope for our collective survival. This is a truth none of us can escape.

All this to say…each day is a fresh start, an opportunity to do good, make a positive difference, explore life with an open mind and a compassionate heart—another chance to build a bridge. So, I wake up daily, filled with gratitude for the gifts and blessings I have in my life, and pray the same for others, trusting there is something good around the corner for all of us...

because it’s never too late for new beginnings. 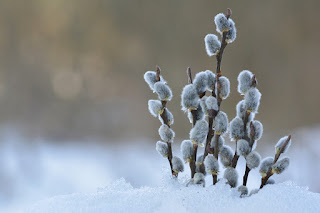