Mothers in YA: A Blue So Dark (Holly Schindler)

The parent / child relationship is at the forefront of my debut, A Blue So Dark, like it is in no other book I've ever written. Grace, the mother, is being consumed by schizophrenia, and Aura, her daughter, is her primary caregiver now that her father's not in the picture. 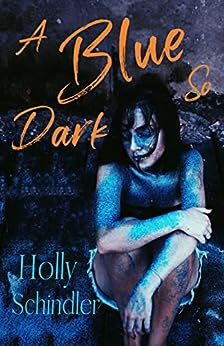 Aura's mother is an artist, as is Aura. As her mother descends deeper into the darkness of her deteriorating condition, Aura shuns her own creativity. She begins to view art as a drug. One that damages the mind, or turns the predisposition for mental illness into actual mental illness.
Aura loves her mother and wants to be more like her...and yet, she also doesn't want to be like her. She admires her mother and she fears going down some of the same paths.
Really, those are feelings every young person has. Maybe not to the extreme or extent that Aura does. But the desire to be like and be different is in all of us when we're teenagers. We want to love and break away at the same time.
I hope that makes Aura's story, which is so unlike so many of our stories, still relatable.
I am happy to report that the ending finds Aura and her mother coming together in a new way...and that coming together is facilitated by Aura's grandmother (yet another mother figure, who has been estranged from Grace for years). The multi-generational healing is one of my favorite aspects of the book.
I am also happy to report that A Blue So Dark re-released this year; the ebook is currently discounted to $.99, and is available at all the hot spots:
Amazon
Apple
Kobo
B&N
~
Holly Schindler is an award-winning author of books for all ages. Check out her books, subscribe to newsletters, and get in touch at HollySchindler.com.
Email Post