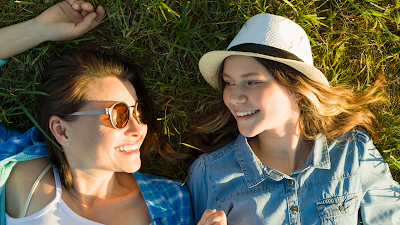 As Mary Strand recently pointed out, parents in YA fiction are typically absent: dead, divorced, or disengaged. And while this seems to be a standard assumption about the genre, there are plenty of examples of the opposite: present parents who are involved in their kids' lives, who offer support and love and guidance. I asked readers and writers of YA fiction to share their favorite YA parents, and I'd like to celebrate those parents here today.

The first parents who came to mind for me were Nathan and Andy, Lola's dads from Lola and the Boy Next Door by Stephanie Perkins. They balanced each other and the way they parented Lola, allowing her independence and protecting her at the same time. They gave Lola the space she needed to figure out the complicated relationships in her life, including her relationship with herself.

Readers Liz and Kate mentioned Bob and Stella Ray, parents of Betsy Ray of the Betsy-Tacy series by Maud Hart Lovelace. Throughout the series, which follows Betsy from when she celebrates her fifth birthday to her early days as bride, her parents play an active role in the lives of their three girls and their friends, offering guidance and compassion. Liz (@pony.books on Instagram) says, "They are kind and fun but thoughtful about their kids."

The Rays' door was always open. Everyone was welcome in their home to gather around the piano and sing or to enjoy Sunday night lunch.

Sunday night lunch was an institution at the Ray house. They never called it supper; and they scorned folks who called it tea....the meal was prepared by Mr. Ray. This was a custom of many years' standing. No one else was allowed in the kitchen except in the role of admiring audience. He didn't object when Anna or Mrs. Ray made a cake earlier in the day; he didn't mind the girls putting a cloth on the dining room table. But in the kitchen on Sunday evenings he was supreme....

The onion sandwiches were most popular of all with the boys who flocked to the Ray house. Mr. Ray didn't mind company for Sunday night lunch; in fact, he liked it. The larger his audience, the more skill and ingenuity he displayed in his sandwich combinations.

Madeleine L'Engle made the list for two novels, A Wrinkle in Time and A Ring of Endless Light.

Liz @pony.books: Dr. Katherine Murry from A Wrinkle in Time is an intelligent, working parent.

Laura Auguston @shimmergoddessliving: Vicky's parents in A Ring of Endless Light, my favorite YA of all time, with a shout out to Grandpa as well. They respected her and let her make mistakes. Grandpa was so supportive of her writing.

Arthur and Molly Weasley from the Harry Potter series got a lot of love.

Liz @pony.books: I like Mrs. Weasley because even though she scolds her boys a lot, she is accepting and supportive.

Mary Strand @mary_strand: The Weasleys are great. And Mrs. Weasley's confrontation with Bellatrix toward the end of HP7 ("Not my daughter, you bitch" in the movie) has to be one of the greatest "mom moments" in fiction.

I just finished listening to the new Aristotle and Dante book. All four parents are super nuanced with really rich back stories. They are all lovable and admirable and brave and charming but also have their own deep problems. The book gives them their own arcs, plus evolving relationships with their kids, which I think is important! A reminder that rough patches with parents don't last forever.

Sometimes the memorable YA parents have a small but impactful role. YA author Noelle Strader (@noellestraderwrites) sings the praises of the mother of the main character's college roommate in Nina LaCour's We Are Okay.

The MC in We Are Okay comes to college not prepared at all. She'd gone off the grid and was living in a shoddy motel before freshman orientation. When she arrives, she doesn't even have bedsheets. Her assigned roommate's mom gives her bedsheets immediately and doesn't make a big deal of the odd circumstance. It was such a small gesture but totally pulled at my heartstrings.

Misa Sigiura @misallaneous1: Simon Spiers's parents seem pretty cool (Simon and the Homo Sapiens Agenda). Same with the parents of the protagonist in The Upside of Unrequited (both by Becky Albertelli). Starr's parents in The Hate U Give by Angie Thomas are amazing. The main character in Donuts and Other Proclamations of Love by Jared Reck is basically an orphan being raised by his grandfather. The grandfather is great.

Jessica Patrick @readwritejess: The dad in The Way You Make Me Feel by Maurene Goo is awesome.

Katie Nelson @mskatieanelson: I love the parents in Saving Francesca by Melina Marchetta. 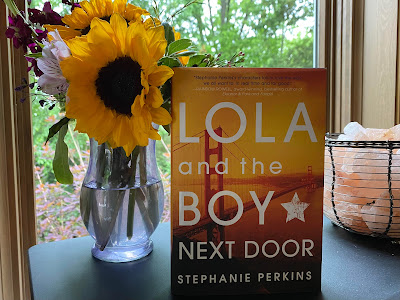 Did your favorite YA parents make this list? Let us know yours in the comments.