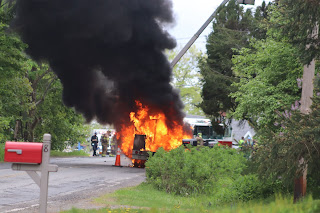 John Clark with a somewhat different take on parents in YA fiction. I’m a child of the 1960s (who chose to never grow up). When I thought about this month’s topic, I began by remembering what parents were like back then. Fathers worked, mothers stayed home and took care of the kids. 95% the issues/problems teens face today were unheard of, or buried so deeply almost nobody talked about them. Did Nancy Drew even think about premarital sex? How about the Hardy Boys dealing with school shootings...Nah.

When I think about my friends’ parents, the dads are almost impossible to remember. Taking us fishing-nope, talking about the facts of life-get real. I do remember many of the moms, but sitting down and having a very personal, meaningful conversation wasn’t even on the horizon. One of my most vivid memories of growing up is when my sister Kate went ballistic in our kitchen, jumping up and down screaming at Mom “Why can’t I say F***?” and Mom never giving her a straight answer. As for me, I was more intrigued at how the floor under her bounced up and down. I was convinced it was going to collapse into the cellar at any moment.

With both of my parents being alcoholics, one lesson I learned as a teen was that there were other adults I could trust, most of them teachers. I’ve used them, and composite librarians as parental substitutes in many short stories and books. That mindset was validated by Judy Redding, a very wise substance abuse and family counselor close to forty years ago at a workshop. She told us that society did a huge number on kids when telling them they had to love their parents. “You can choose your family from people you trust,” she said. It’s another angle I’ve used in my fiction.

I’ll be honest, I was terrified at the idea of becoming a parent. Sara was born in June and I’d gotten sober the previous October. A fifteen year old girl living in the halfway house that was part of the psychiatric facility where I worked, was one of several patients I was transporting to AA meetings at the time. She shut me up very effectively. She looked at me while I was agonizing and said, “Yes, but you only have to do it one day at a time.” She was dead on and, while I was far from a perfect dad, I did a good enough job so both Sara and Lisa are happy, healthy adults today and have blessed me with three of the neatest grandchildren ever. 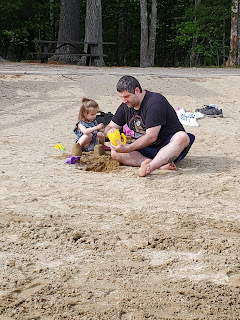 My son in law Sam with granddaughter Gemma-He's a terrific parent.


Parents in YA fiction allow the author an extra dimension in the overall plot. You can have them anywhere on the spectrum from super helicopter to barely there. They can have their own traumas, criminal history, mental/physical illnesses, religious zeal (or lack thereof), they can be compassionate, clueless, narcissistic, rich, poor, whatever. I’ve encountered all of these and more in my reading/review life. Whatever you make them can help readers frame your main character(s) reality and challenges.

I’m currently 88,000 words into Over The Edge, an alternate universe YA story that begins when Raphael’s hard line religious parents kick him out of the house during a Maine blizzard and he’s hit by a snowplow that sends him to another universe. That’s pretty much the extent of their involvement in the story, but it helps shape Rafe’s view of Earth as he navigates his way on Myrrth, a planet nearly destroyed by an evil race that is allergic to light. His parents’ ethos and behavior allows him to use memories of his much kinder and supportive grandfather as guidance when he encounters an alien culture and is tasked with a challenge beyond anything he imagined when just a Maine high school kid.

Ponder your own experiences with parents while growing up. What sticks out?