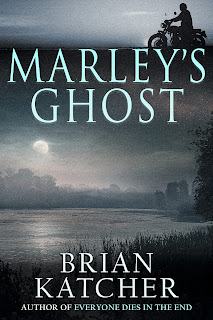 As a teacher who's married to another teacher, it occurred to me that the majority of people celebrate the new year in January, not August. And yet for the past 26 years, my year begins and ends in August. Actually, one might say that chronology began in 1980, when I entered kindergarten.

So are summers my most productive writing time? They are not. We travel a lot during the summer, but that's not the major block. It's just that I work better under pressure. When you have weeks and weeks with no responsibility, it's easy to say that you have all the time in the world and there's no rush. But when you work five days and week and spend and hour every night preparing lessons, when you're exhausted in the evening and are struggling to stay awake...that's when the juices start flowing, at least for me. I probably wrote twenty pages in all of July, and then wrote another twenty in one night, the last day of vacation. When time is short, it because precious.

Also, the above book is not a horror story, despite what the MARC records say.