Should I or Shouldn’t I Break This Rule? by Allie Burton 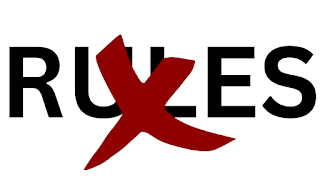 Authors have rules to follow especially when you’re writing genre fiction. In Romance, it must end with a Happily Ever After or for Young Adult Romance a Happy For Now. In Historical, the period and setting must be established on the first page. In Horror, you have to start with the normal world before anything scary happens. In Fantasy, the worlds and the magic must follow its own set of rules.

Then there are other more general rules like never kill an animal (Agreed!), only have two points of view (Disagree.), never end a chapter with the character falling asleep (Mostly agree.), never start a book with a description of the weather (Unless weather becomes a character.), keep your exclamation points under control (Agreed!!!!), and so on.

Rules are made to be broken. But which rules and when?

My current work in progress (WIP) is the seventh book in the series. The first part of the book takes place concurrently with the end of the sixth book in the series. Some of the scenes are the same but from a different character’s point of view and some are flashbacks, in the first chapter.

Never use flashbacks in the first chapter.

Yet, I wrote two flashbacks in the first chapter to show scenes from the new main character’s viewpoint. If you read the earlier books, you’re reading the same short scenes but with the thoughts and emotions of the new main character and a twist. I struggled with breaking this rule when I wrote it, and am still debating with myself.

My concept editor didn’t like the flashbacks. She said, “I need to get centered in this character and her reality and this confused me.” She also said, “These flashbacks are great and interesting, but I think a prologue would work better.”

Never have a prologue.

So what should I do?