A SPECTACULAR DAY, A PACKED SUITCASE, AND A SNOW GLOBE (Wendy Delsol) 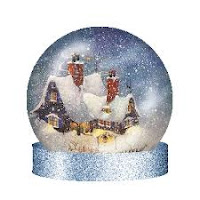 For starters, a good day involves writing. Or tennis. But that’s another month’s post.

I’m a word counter, so my first reaction is to cite my personal record (without going back and researching, it’s something in the 3,000-word range). Yes, of course, that’s a great day, one in which I know I was fueled by the process. And happy.

It seems important here to distinguish that my very best days involve original words. Not editing. Never editing. Edit, as if it needs pointing out, is a four-letter word. I do know the odd writer (how I love odd’s double entendre here), who prefers the editing stage. I, personally, am a rough-draft junkie. I thrive on that first-pass, open-road sensation. Sure, it has its rough patches, but it’s explorative and exhilarating.

Another good writing day that comes to mind would involve finding a purpose for something in my packed suitcase. 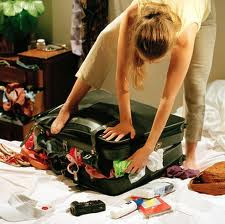 I know what you’re thinking: She packs a suitcase? I do, but it’s a metaphor for my writing style, not my personal storage system.

What, then, is a packed suitcase?

In the early-draft process, I throw obscure items into the manuscript that could come in handy later. I have no idea what purpose they’ll eventually serve, but they’re there if I need them. Deep into the story, it becomes my challenge (or bane) to incorporate them.

In Frost, book two of the Stork trilogy (Candlewick, October 2011), Kat receives a snow globe as a gift from Jack. Given the book’s wintry themes and use of Norse mythology, it seemed a good fit, but in the early draft it had no specific function. Later, when I was able to employ it as a plot device, I had one of those woo-hoo moments.

Are there things that never come out of the suitcase? Yep. What then, you ask? Sadly, I have to remove them from their early mention.

I am often thankful for the renewed sense of self I have found in writing. Though I came to the craft late, it has become an element of my identity. A good day is a writing day. I love nothing more than following a story over the horizon. And if it’s a spectacular day, something I packed for the trip will come in handy.