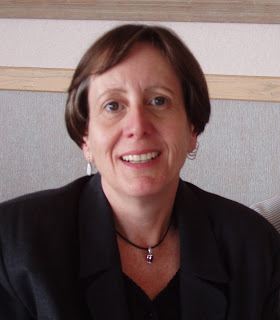 This is the author photo I’ve been using since 2005. On my computer, the file used to be called “Speaker.” Because I used to use it as my speaker photo--back when I actually wanted someone to hire me to fly all the way across the country and back for an hour event. Translation on that would be: A long time ago.

Now the photo file on my computer is called, “Recent.” Which is funny, because I just confirmed it’s from 2005.

Thing is, I like this one. And I’ll tell you why. And the story behind it.

When I turned 50, in 2005, I went back and forth between throwing myself a birthday bash (I usually don’t) or going to Bryce Canyon and hiking the 23-mile Under The Rim Trail. Being the complete anti-social freak I am, I chose Bryce, and made a reservation at Ruby’s, just outside the park (this was about two years before I got my little motorhome). Then I changed my mind and had the party, and forgot to cancel the reservation at Ruby’s. But that’s another story.

It was a very cool party, because all my friends were there. I was kind of selfish and invited only the people I actually like, not the ones I should like. So I had a great time.

My friend Charlotte Alexander took pictures. Well, a few people took pictures, but Charlotte was the most “official.” She’s not a photographer or anything. She just volunteered to take pictures.

I’ve had several very talented professional photographers do photo shoots of me, and I almost always wince at the results. A friend of mine who is a very good amateur has shot probably ten rolls of film trying to get good photos of me, and a few turned out pretty well, usually after I was so worn down by the process that I forgot to look awkward. But a friend with a camera at a birthday party, taking snapshots instead of fine art, caught it just right.

If you look closely at the area near my left shoulder, you’ll see a little scrap of seersucker. That’s the shoulder of my friend Clifford, who was good-natured about being cropped out. I think he gets a kick out of the fact that even that much of him appears wherever my author photo goes.

Now the only trouble is down the road somewhere, when “Recent” is no longer recent enough.

I guess I’ll have to throw another party for my 60th.

Posted by Catherine Ryan Hyde at 12:01 AM