Who's that Girl (Rosemary Clement-Moore)

Author photos are a funny thing. I waited as long as possible to have mine taken. Kept waiting until I lost five pounds (which happened) and for a day with no zits (which did not). When I told my editor this, she laughed and said, “Don’t worry about it. We have people who can photoshop those right out.” (As it happens, all that worry was pointless. Jacket photos are about the size of a postage stamp when you start out. 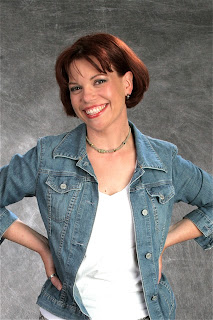 But the thing is, my author photo isn’t how I look in real life. By which I mean, day to day life. It’s pretty much exactly like I look when I actually get dressed and leave my writing cave.

Right down to the jean jacket, actually. I was in Pearland, Texas this week and one of the students asked if I always wear that jacket, and I had to admit, pretty much. It’s my only jacket without a zipper and a hood. (The other frequent comment is that they thought I’d be taller.)
But the person in this picture looks so... professional. And composed. She doesn’t look like someone who pulls out her hair over difficult chapters, or gets a month behind on email, or drives off with her coffee cup still on the roof of her car.
She looks like someone who’s dogs come when she calls, and never eat her laptop power cord. I’ll bet she eats right and gets more exercise than playing Guitar Hero. She probably even gets her Christmas cards mailed before New Year’s Day.
Let’s face it. Most of the time, I feel like I look more like this: 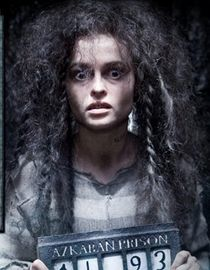 But maybe that would put people off if it was in the back of the book. Maybe not readers, but I probably wouldn’t asked to visit many schools.
I guess the idea to present a reassuring picture to readers. That we know what we’re doing as far as writing is concerned, and not just winging it, even after five books.
Which of course I do. Totally.
Can’t you tell from my picture?
Happy reading everyone,
Rosemary
Posted by Rosemary Clement-Moore at 7:00 AM