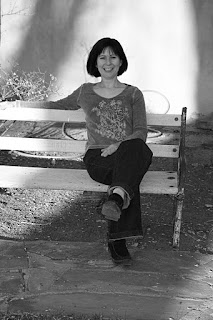 I live in a small, dusty town in the mountains of New Mexico, a place with inconsistent sidewalks. We have a "mud season" every year. Sometimes two. To deal with the elements, we dress casually. In fact, my wardrobe mostly consists of jeans and T-shirts. And for my first photo shoot with a friend, Jessica, I broke out my nicest jeans and T-shirt. 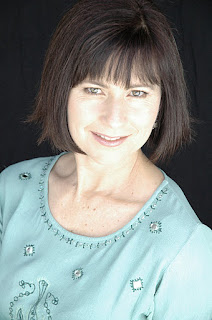 I liked Jessica's results, but--insecure beast that I am--decided to go for a second shoot with my friend and salon owner, Marjorie Olsen. She suggested applying make-up at her salon beforehand. It sounded fun, so I agreed. And it was fun, until she looked at me through the lens , and said, "It doesn't look like you!"
She took a bunch, anyway, and I thought they were great even though they weren't exactly representative.
What do I really look like?
My senior photo doesn't lie. Just add a few years, okay? 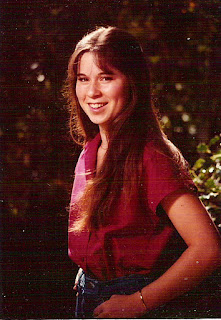 Posted by Lauren Bjorkman at 11:36 AM