Okay, not kind of.

It comes with the writer mentality in a way as I think has been shown by my fellow bloggers posts this month. Also since it's pretty rare to be able to make your living off of writing alone these days, most writers I know have a LOT on their plate. For the past five years, I've juggled writing novels with writing for magazines and newspapers and teaching and bartending. Now I'm working a full-time office job and teaching and writing for magazines. (The novel writing will start up again once the teaching is done. Or in journals on lunch break. I'm figuring it out...) This transition came about when my husband and I moved to Seattle in July.

My old bartending job meant I worked nights and weekends, and um, hardly ever got hang out with him. When we moved, I was jobless for awhile, so whenever my husband was off, we went on adventures, exploring our new city. His schedule rotates, but he always has Sundays off and we quickly fell into a routine of going for a hike or a walk in one of Seattle's many enormous parks and then going out for vegan brunch. (I've been vegan since I was 17 and part of the reason I moved was for the food!)

Even though it is going to be very, very, VERY tempting to work on Sundays now that I'm scrambling to fit all of the other things in with my full-time job, I refuse to give up this new Sunday tradition. I know that I need it. It will keep me sane and happy. It can be something to look forward to after five days of work and another day of writing/chores AND it can be a way to assure that I always start my week in a good mood.

Here's just a glimpse of the places we've gone on our walks so far:

Marsh and Foster Islands near UW: 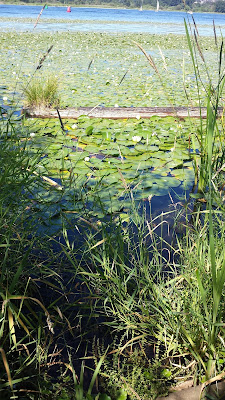 Where we found out that you can also rent canoes so we went back and did that and saw these turtles: 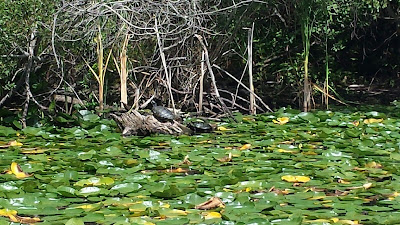 Cougar Mountain, where we went on a much longer and steeper and slight scarier (no cougars, just narrow paths that were rather high up) hike than expected because there was supposed to be a view here... Nature hide the view. Can't blame it. And it was still very pretty. 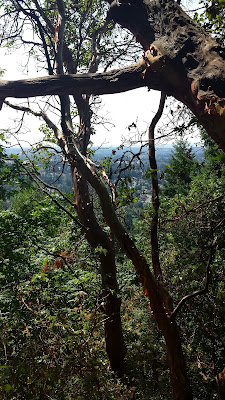 Discovery Park A.K.A. my favorite place in Seattle because it's wooded and beachy and there are tons and tons of wild blackberries which technically you aren't supposed to pick and eat, but um, we did, shhh. We also saw a seal out swimming, but it was too far away to get a good picture: 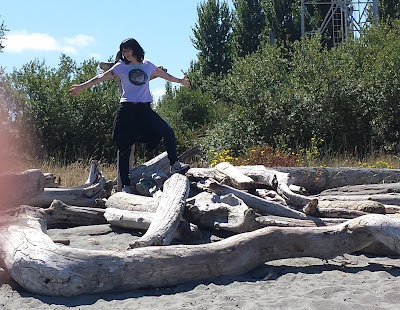 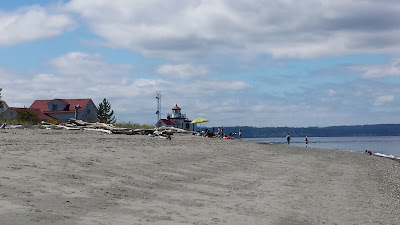 Carkeek Park, which is also both beachy and foresty (yes, I like the best of both worlds!) 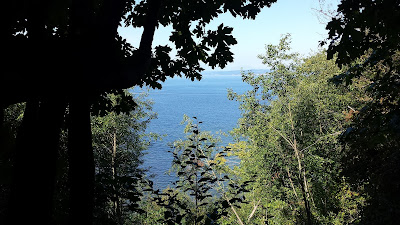 And Golden Gardens, which is a beach where I actually went swimming on Labor Day Weekend! 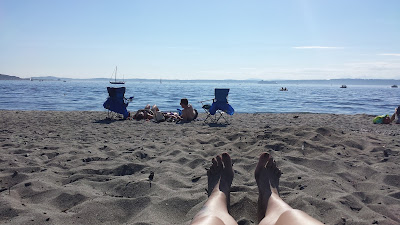 Yes, so far it has been pretty sunny, but we still plan to hike through rainy Seattle winter too. And as for eats we've been loving Wayward Vegan Cafe, Cafe Flora, and until they stopped serving brunch (WAH!), the Highline was our favorite.

This weekend the plan is to go outside of the city to Rattlesnake Ledge and since it is near North Bend and I'm a big Twin Peaks geek, I might insist we go to Twede's Cafe A.K.A the Double R Diner from the show and have Agent Cooper's favorite cherry pie.

I know Sundays are a day of relaxation for a lot of people. What's your tradition?