My Name is Kristin and I'm a TV Addict

The thing about writing words all day is that it gets a bit draining. Words. Words. Words. By the end of the day (or the middle...) I just want to get OUT. As far far away from the computer as I can. One day a week, I take a jazz dance class just before lunch, and another day, tap dance. Breaking up the day with exercise is never a bad idea. I mean, when your job is to sit on a computer all day and make stuff up, you have to do something to firm that squishy tushy.

There's nothing like a leisurely walk outside with my playlist shuffling through movie scores to refresh my brain. Often, I utilize this walking time to brainstorm a new story idea, get to know my characters a little better, figure out the ending of a problem chapter. But sometimes, I don't want to think about my stories at all, and I'll listen to an audiobook while I walk (I'm currently listening to Daughter of Smoke and Bone by Laini Taylor, and next up is The Book Thief by Markus Zusak).

But sometimes a walk isn't what I need. Sometimes I just want to SIT and do NOTHING. And since I don't live anywhere near THIS gorgeous view where I can sit and do nothing while being inspired ... 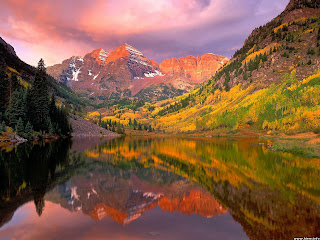 I've been known turn to television for a break. Which sometimes has been known to turn into marathoning. Curse you Netflix instant!

My current obsession is Fringe. 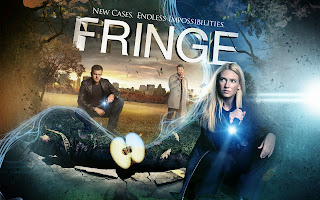 I'm nearly finished with season 4, and I'm ashamed to say that I don't even know if it was a month ago that I started it.... Don't ask me how I have time to watch so much TV, I don't. But somehow it gets watched (though I am very good at multitasking if I feel guilty for ignoring my chores--I can "watch" TV and edit photos, clean the house, fold laundry, etc.). I'm so addicted to all of it. Peter and his coats and scarves, Walter and his nicknames for Astrid (Astro, Asteroid, Aphid, Aspirin, Asterisk), Olivia and even Fauxlivia (she's growing on me), and of course, Lincoln Lee! *HUGS ALL OF THEM*

I'm also rewatching Alias for the third (or so) time. What can I say? I'm team JJ Abrams. 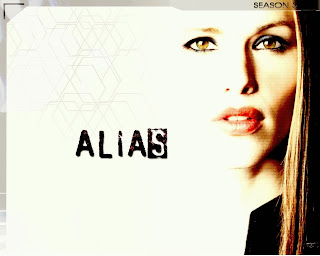 Hubs and I are working through this slowly. We'll watch an episode or two a week during dinner. It's a bonding experience. I love everything about this show. The characters, the well-placed humor, the suspense! The fact that I can rewatch it more than once and still love it just as much, if not more.

And to further prove that I'm team JJ, we recently finished our LOST rewatch. 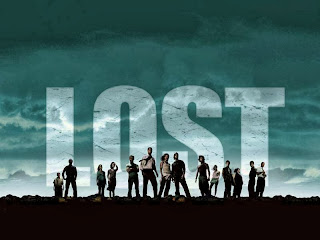 Best show ever. The end.

Oh, and did I mention that those movie scores I listen to are mostly composed by Michael Giacchino, who typically scores all of JJ's projects? Told you. Obsessed. I win.