Of Yoga, the PCH, NYTimes Wedding Announcements and other things that 'Fill the Well' 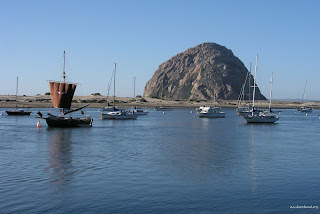 I think one thing that any artist can agree upon is that if you don’t ‘refill the well’ you run out of things to say and the energy and creativity to say them. But it’s easier said than done sometimes, you know?  Still, it’s crucial. I believe that the creative mind needs space and quiet and it’s part of my job to give my brain what it needs. Which is why so many of us get our best ideas while walking the dog or taking a shower or going for a run.

For me, it’s more than just quiet time, though. I need to read – and different genres than what I write. So I need to pick up a biography or a travel book or a volume of David Sedaris’s humorous essays. I need to read goofy stuff like the wedding announcements in the New York Times – which if you’ve never perused, you absolutely MUST! Here is a link to this week’s, which is a prime example of what I’m talking about, the bride and groom in the featured article having met in something called “anchoring class,” which has something to do with sailing. http://www.nytimes.com/2013/09/08/fashion/weddings/finding-wind-in-their-sails.html?ref=todayspaper&_r=0

See what I mean? How can my internal batteries not recharge from reading this?
They are crazy amusing and fascinating doorway into the lives of not only the bride and groom but often also their parents and communities. Sometimes they’re touching. Sometimes I’m rolling on the floor. But if I’m going to write about people, then I need to ‘see’ as many people as possible, and not just the ones I bump into while buying toilet paper at WalMart. (Okay, I no longer shop at WalMart if I can help it. I’m more of a Target girl. But you see my point)

What else do I do the fill the well? I travel when I can – plan trips for the future when our budget is too tight. I found a way to afford an extra night when we recently went to a wedding in the Central Coast of California. Because driving up the PCH is something you just have to do as regularly as you can do it. And the weird little boat ride with Captain Stew at Morro Bay (pic above) allowed me to see otters and sea lions and the heavily pierced couple making out under the blankets on the bench across from us. After which I had a dynamite halibut burger. And on the way back to San Luis Obispo, toured the pink highway oddity that is the Madonna Inn. (go into the downstairs men's room and look at the urinal. YOU SIMPLY MUST DO THIS.) And a million other things that maybe someday will filter into a story.

I’m taking conversational French, too – the Pimsleur method because if it’s good enough for David Sedaris, then it’s good enough for me. It’s audio only, which has been a HUGE stretch. I have to listen standing up or else my mind drifts. But I am LEARNING French! My well is filling with the baguettes I will someday order in Paris.

Two nights a week, I take yoga from a flexible and peaceful soul named Tiffany, who can bend her body into positions that even if I were hit by a semi I will never achieve. But when I am on the mat, that hour is for me. It is about recharging and balance and breathing and often about laughing at myself when I try to do that crow thing. Plus the 80 year old man who’s always on the mat next to me is a wizard at yoga. It alternately humbles me and pisses me off.

There’s more, but really, I think you get it, right? If you just work, or if you just play, you run out of  ‘you.’ Am I using this justify my excitement that Bethenny Frankel’s talk show is going to be carried in Houston now? Maybe. But if it fills the well, then that is OKAY.

What do you do to recharge your internal and emotional batteries?