Skip to main content
Labels
Posted by Patty Blount May 22, 2015

Ready or Not (by Patty Blount)

All this month, we Outsiders are blogging about growth and spring.

Truth be told, this is my favorite time of year. I love the thaw when we may finally put away snow shovels and boots for the season. Everything is (re)new(ed). I've always felt we should change the calendar so that this is when we celebrate New Year's.

This time of year is when I became a mom. My son was born on the Friday before Mother's Day that year. My mom, who'd had only girls, was ecstatic over Matchbox Cars and baseball caps. I was ecstatic, too....

Except for one thing.

I don't know who made this up (and if I did, I'd hit him over the head) but people just love to tell mothers of sons A son is son 'til he takes a wife but a daughter is yours all of her life.

Forgive my coarseness but if that isn't the biggest pile of horse hockey I've ever stepped in, I don't know what is.

Are they warning me not to fall in love with the child I birthed? Impossible. Are they preparing me for the inevitable second cutting of the cord? Sorry, but you have to let girls go one day, too. So what's the point?

It's a cruel thing to say to a mother.

The truth is every child grows up. Every child moves out. Every child becomes an adult. Our job, as parents, is to arm them with all the tools they need to not only make this transition, but be happy in it. 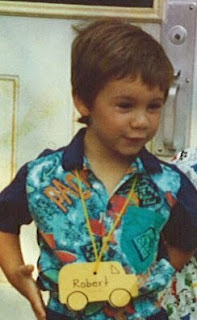 This spring, I did that.

He studied journalism and said he wanted to be a motor sports reporter. And then he made it happen.

Last week, he moved out and now lives out of state. This was the first May since his birth when he was not home for his birthday or for Mother's Day. Did I cry? Of course I did. There will always be a part of me that wants to protect him with a sheet of bubble wrap and put him high on a shelf where nothing can ever touch him but I know that's just the memory of the new mom getting to hold her baby for the first time speaking. But my tears aren't just wistful for the baby he used to be.

They're pride for the man he's become, a man who won't settle for less than the goals he's set, and for me, for doing all that I could to make these things happen for him. 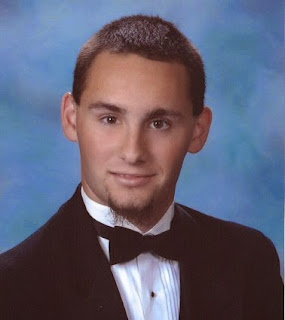