The End of Self-Discovery (Natasha Sinel)

Life is a series of slow self-discoveries and sudden a-ha moments.

I love writing about teenagers because the amount of both kinds of growth and awakening during those years is amazing. Everything is big, exhilarating, terrifying, and dull at the same time. During high school, we begin to figure out who we are and how we might like to change—and maybe even how we would like to stay the same. We make mistakes and we learn from them (hopefully). We discover that things we thought were absolute truths maybe aren’t so much. We realize we have choices that we never knew we had. We discover there are gray areas and we decide which gray areas we can tolerate, and which we can't. We love our parents but we also need boundaries so we can grow into our own version of flawed adults instead of theirs. 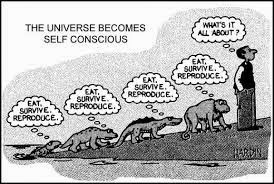 Sound like the present as much as the past? It does to me. Even though I’m an adult (at least according to my age), I’m still doing all of theses things—growing and awakening all the time—just like a teenager. Of course, I have more responsibilities and more experience under my belt—some degrees, jobs, spouse, kids, house, bills—but the self-discoveries and a-ha moments never end. And I hope they never will.

Natasha Sinel writes YA fiction from her home on a dirt road in Northern Westchester, NY. She drives her kids around all afternoon, but in her head, she's still in high school, and hopes that no one near her can read minds. Her debut YA novel THE FIX will be out from Sky Pony Press/Skyhorse Publishing September 1, 2015.
Posted by Natasha Sinel at 5:00 AM