Skip to main content
Labels
Posted by Jody Casella May 16, 2015 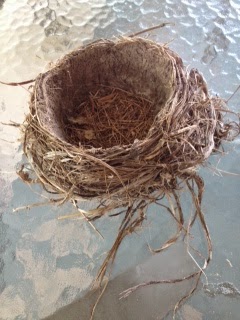 A few weeks before my daughter was about to graduate from preschool, she panicked. Apparently, the kids were practicing walking across the small stage to get their little diplomas, and Jane refused.

"There's always one kid," her preschool teacher told me sympathetically.

And I was like, Yeah yeah yeah. But why does it have to be MY kid?

A bout of stage fright before a preschool graduation seems like a silly thing to stress about now, but back then I took stuff like that seriously. Each Parenting Moment felt critical. So there was lots of flipping  through my parenting magazines and discussing the issue with the other preschool mothers, who were all cool and helpful, but most likely, secretly judging me.

At first I played understanding mom with Jane, listening to her fears, letting her know that I supported her decision to sit out of the ceremony. Then it was on to stage two: encouragement of the I know you can do it, honey variety.

With flashes of irritation in between.

It's a preschool graduation! It's not a big deal! You're walking across a tiny stage! It's going to take thirty seconds! No one will even be looking at you, I promise! (In retrospect I should've been saying these things to myself.)

Final compromise, I would walk with Jane across the stage.

All the while I was sure that at the last minute, Jane would buck up, discover her inner courage, and walk across the damn stage alone.

The real crisis looming in the background was the approach of kindergarten. Jane was turning five that summer, so she was on the young side to start school. My husband and I were thinking about keeping her home another year, but Jane found out and was not having it.

As little as she seemed at times, she was hyper aware of what the others kids in her class were doing. They were all going to kindergarten, and damn it, she sure as hell was going too.

I approached the first day of school with a joy that I didn't dare share with the other teary moms.

The era of Mommy of Little Kids at Home was coming to an end and I was pumped. Goodbye boring cartoons and endlessly cutting up bananas into chunks and cleaning chocolate milk out of sippy cups. Adios stressful trips to the grocery store or post office with whiny kids in tow.

FINALLY my life would be my own again.

The day we dropped our older son and Jane off at school, I returned home elated. I shut the front door and I walked through the quiet empty house. I shocked myself by bursting into tears.

In two weeks Jane will be graduating from high school. When she crosses the very large stage in a stadium with two thousand people looking on, she will not be holding my hand.

At the end of the summer she will go 600 miles away to college.

My era of Mom of Kids at Home will come to an end.

I suspect there will be tears. 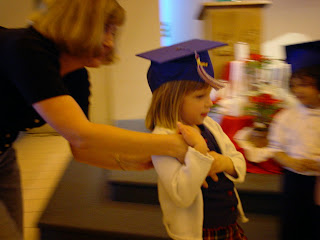