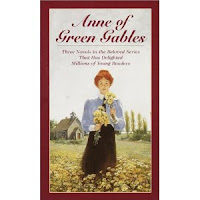 I’ve always been a fan of minimalist physical description that allows readers to picture characters for themselves. When physical details are mentioned, I like them to matter to the theme, plot, or characterization. For example, Anne of Green Gables would not be Anne of Green Gables without her red hair. She thinks about it and complains about it so much that it affects her self-confidence. And trying to change that color leads her to some misadventures.

In Fat Kid Rules the World, Troy’s size affects his treatment by others and his view of himself. Weight is one of the biggest appearance-related issues that teenagers and teen characters struggle with, from Artichoke’s Heart and The Earth, My Butt, and Other Big Round Things to Wintergirls.

Appearance can help make or break the careers of models and dancers (Braless in Wonderland, Violet on the Runway, Bunheads, Audition). Anguish over bra size affects the main characters in Are You There God? It’s Me, Margaret and The Lipstick Laws. 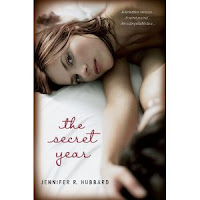 When the main character of my first book, The Secret Year, encounters the girl with whom he will have a passionate and troubled relationship, she is wading in a river while wearing an expensive party dress. This scene reveals several things about her: she has the money not only to own such a dress but to be careless with it; she is not fastidious or inhibited; she is impulsive enough to swim whenever the mood strikes her. The main character is more practically attired in boots, which he removes before joining her in the river—revealing that he is both more cautious and less wealthy than she.

There are, of course, characters whose appearances belie their personalities: the charming but manipulative Steerforth in David Copperfield; and the brutal Keir in Inexcusable, who even has himself convinced that he’s a nice guy. These characters turn our own biases and assumptions against us, testing our ability to see beneath surfaces.

Characters’ external features, dress and mannerisms are not just decorations. They’re most interesting and relevant when they’re aligned with, or in opposition to, the characters’ inner lives.
Posted by Jennifer R. Hubbard at 7:00 AM