The History of Clothes (Julie Chibbaro) 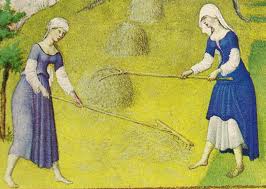 I write historical fiction, so clothes are hugely important to the stories I tell.  As everybody knows, over time, fashions change.  The names of clothes change too.  Take, for example, the word ‘dress.’  As I was researching my first book, which took place in 1524, I looked up the fashions of the day.  My young character would wear a dress, but it wasn’t called that.  It was called a ‘kirtle.’  Now, I had this problem – do I refer to her dress as ‘dress,’ or ‘kirtle,’ a word no one but some weird history buff would know?  I hoped that if I put my girl in action wearing and living in the kirtle, readers would know what a kirtle was, at least by the end of the book; either that, or they’d be cursing the hell out of me.  I used ‘kirtle’ anyway. 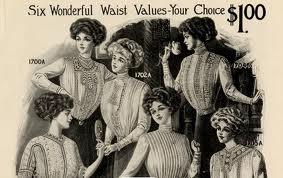 That was my first book.  The outfits women wore in my second book, which took place in 1906, were called ‘shirtwaists.’  Hats had different names, and coats, and shoes.  Thank goodness for the Sears & Roebuck catalog, which they didn’t have in 1524.  I used the word shirtwaist, and showed my girl getting into one.  I hoped that helped explain what it was.  I haven’t heard a complaint.

Now, the book I’m writing takes place in 1984, when Pumas are replacing Keds, and jogging suits are getting popular.  I use clothes to shape my characters, to tell readers where they fit in the story.  A kid wearing a leather bomber jacket is different from one wearing a red and black checked hunting jacket.

Clothes, for me, define the times.  People are judged by what they look like.  I try to remember all that when writing, though sometimes, the inside of a person is what matters most.
Posted by Julie Chibbaro at 8:00 AM