Fear or No Fear

Fears are individual. Something that turns your friend or cousin or brother into a quivering blob of terror may not faze you in the least. Our fears and joys are what make us unique, fascinating individuals.

Here are some things that don’t scare me:

Snakes (the nonpoisonous variety) and spiders 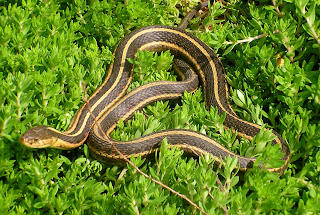 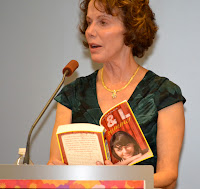 And those that do:

These fears and not-fears arose from experiences in my past. My family lived in the country and my parents were matter-of-fact about wild animals. Snakes, amphibians, and reptiles were beneficial creatures that protected our large vegetable garden from pests. My dad taught me they were harmless and showed me how to pick them up. Spiders were desirable insect catchers but were definitely not cuddly. We left them and their webs alone.

Anything with fur was a potential pet. One spring I caught a mouse in a glass jar and announced that it was pregnant. The next day it gave birth to nine pink, hairless babies. Mom wanted me to drown them, but I wouldn’t hear of it. Instead I raised them in a cage in the garage and set them free in the field when they were grown.

Public speaking makes me nervous, but it doesn’t scare me. My parents had me performing in church from the time I was tiny, and I loved the attention. Since then I've been hooked by laughter and applause.

I’m definitely not a daredevil. Motorcycles, skiing, skydiving—basically anything where I don’t feel in control terrifies me. Early in life I learned that falling hurts, and pain is not my friend. Zip lines don’t bother me, probably because it’s tough to fall when you’re tethered and belted in. The worst that can happen is being stuck in the middle of the line and having to pull hand over hand to the next tree. That I can handle.

My brother shut me in a dark shed when I was a kid. As I stumbled around, a shovel fell off the wall and cut me just above the eye. My mother freaked out at all the blood, which terrified me. Thus my fear of crowded spaces.

So what does this have to do with writing? It goes back to what I said at the beginning of this post. Our fears and joys make us unique individuals. Characters that come to life on the page have a personal history and a full range of emotions. Without those they fall flat.

The key to your character's personalities is in their pasts. What caused your protagonist's  terror of bridges or tunnels or men with beards? How does she react when confronted with the objects of her anxiety? Is fear standing in the way of her goals? What must happen for her to grow and change?

I don’t intend to get over my fear of skydiving. The idea of hurtling through space turns my stomach. Hitting the ground is even scarier. That’s okay because it’s not something I have to do. Our characters aren’t so lucky. We force them to confront and overcome their worst nightmares. That makes a great story.
Posted by Jan Blazanin at 6:00 AM