What Scares Me (by Wendy Delsol)

So … I’m kind of a nervous ninny, meaning lots of things scare me.

Here are but a few: 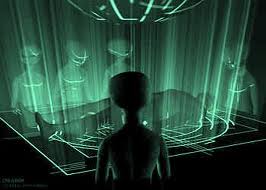 —Anything about alien abductions. Seriously. What could be more freaky? And I believe the well documented stories such as Barney and Betty Hill, the Allagash Waterway abduction, and Travis Walton (all of which have more than one individual passing lie detectors. Uh-huh!). If you’ve never watched the movie “Fire in the Sky” (based on the Travis Walton story), rent it this Halloween. Ho my. It’s so creepy. 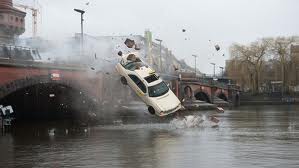 —Heights. Standing on the edge of the Grand Canyon is terrifying. And don’t get me started on bridges over large bodies of water. Can you say recurring nightmare (more on those later)? 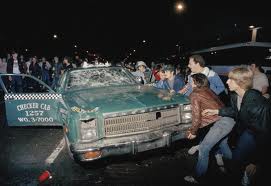 —Large crowds and volatile situations. There’s a mob mentality that I’ve experienced twice in my life. The first was after the Detroit Tigers won the 1984 World Series. A friend and I went downtown to celebrate. It’s since been dubbed the first “victory riot” in the states. It quickly became a very scary scene with muggings, roving gangs, cars being flipped, etc. We hightailed it out of there as fast as we could but not before encountering a few hysterical victims and some roaming thugs.
I also lived in Los Angeles during the Rodney King riots in 1992. I worked in the vicinity of LAX Airport and had what was normally a 20-minute commute. Once the riots began, we were excused early from work. Traffic was insane. Everyone was in a hurry to get out of town. After almost two hours of bumper-to-bumper gridlock, I needed gas. The line at the station extended into the street, but I patiently waited my turn. Back then, you had to go into the building to pay for gas (no pump-side swiping of your credit card, kids). When I returned, a man had angled his car in front of mine and was pumping the gas I had just paid for. I confronted him but quickly backed down. He was wild-eyed and clearly taking advantage of the situation. Though several onlookers came to my aid, the gas station made me repay for a second tank of gas. It became a shouting match between the attendant and witnesses. In the end, I couldn’t get out of there fast enough.

—And, of course, this crazy publishing gig. It can be truly ghoulish. Will (insert title) get published? Will (insert title) review well? Will anyone buy (insert title)? I spoke earlier of recurring nightmares. I now have a new one to add to the rotation (which previously included plunge from bridge into water, waitress hell, and college finals’ fiasco). I call it the nobody-shows book event. It’s just you and the book-store coordinator. I’m just not sure whether this falls into the boo or boo-hoo category. Either way, it gives me the willies.

Happy Halloween to all. Here’s to keeping the bogies at bay.
Email Post