When the kids were little my husband and I used to play a dinnertime game with them every night called High/Low. Each person around the table would share the high point of the day and the low and then tag someone else to share. The game led to some interesting conversations and often we learned new things about each other that went beyond stuff like who had a rough day at work or got an A on a test.

Which led to many cool mini highs throughout the year that had me walking around pinching myself, alternately bursting into tears and giggling like a doofball. I've been dreaming about this thing happening for so long that now that it is, it's kinda surreal. When you have your entire life to dream about something, your dreams tend to be very specific--down to the clothes you're wearing at your book signings and the multiple ways you will spend the advance check.

I also imagined myself buying a hairdryer.

Bear with me here for a brief digression. I probably would not have gotten to this stage in my writing journey if I hadn't decided to stand in line at a port-a-potty at the Highlights Children's Writing Conference in Chautauqua four years ago. I was at a low point when I signed up for that conference. I'd already been writing for many years and I didn't seem to be making any progress. I was even toying with the idea of quitting, and the conference, I decided, would be a last shot at a (failing) dream. My goals: to stop thinking I knew everything about writing, hear what the presenters had to teach me, and find a critique partner.

Cut to: the port-a-potty line. It was a long one and I got to talking with a woman--I will call her DK--who seemed a lot like me. Mom. Long-time writer. Um, maybe with some similar bladder control issues. After the conference DK and I kept communicating and accidentally fell into an exchange that changed the course of both of our writing lives. We call ourselves accountability partners. Every morning we email our writing goals and every evening we share our progress. Amazing how such a simple thing can do wonders for your self-discipline! Over that time, we also became friends, sharing each other's successes and crying over each other's rejections. There were moments when DK wanted to quit and I talked her into not quitting (maybe for selfish reasons. I need my critique partner!) There was a day when she called me right after I got a particularly heartbreaking rejection and all I did was sob while she crooned to me how much she loved my writing and me.

So now you are probably thinking: but what does this have to do with buying a hairdryer?

Well, Steven King, in his book On Writing, tells this story about when he got his first book deal. I think at the time he was struggling as an underpaid teacher making like 6000 dollars a year. He wrote Carrie and threw it in the trash and his wife fished it out and told him to submit it and later his agent called with news of an astronomical deal--several hundred thousand dollars. He dropped the phone and walked around in a daze for a while before deciding that he must buy something for his wife. For some reason all he could come up with was a hairdryer.

DK and I loved this story and vowed early on that when we got our book deals the first thing we'd do was buy the other one a hair dryer.

And that is what I did after I sold my book. I bought DK a hair dryer.

Which brings me to my low of this year. DK is an amazing writer, and she deserves to be here with me on this part of the journey and it bugs the heck out of me that she isn't.

I want the book deal for DK too. I guess what I'm saying is I want my own hairdryer!

Dear DK: crossing my fingers for you and saying every prayer I know to the publishing gods, that 2013 will be YOUR year. 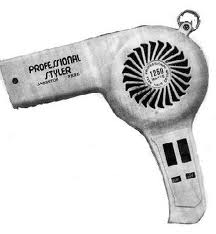