In my early twenties, I got a crush on an Idea.
I decided I would go to Beirut, Lebanon to write The Great American (Expatriate) Novel about the U.S. press corps and the then-raging Lebanese civil war.
I had it all worked out. I’d buy a tan shirt with lots of pockets, set up some freelance writing assignments, and then tag along with the working press through the armed checkpoints choking that city. In the presence of the colorful backdrop of a civil war, I was pretty sure, the novel would practically assemble itself, as the Muse murmured it to me in chunks, chapter by chapter, over the motivational soundtrack of Mediterranean surf and desultory rifle fire.

It’s possible I’d read too much Hemingway.
It’s possible I was willing to go to extreme lengths to put off a legal career.
It’s also possible I was somewhat out of my mind—my mother had just finished drinking herself to death, and I had a touch of PTSD from a difficult childhood. Like some--but only a minority of--people with PTSD, mine manifested through a counter-phobic mechanism that left me with an instinct to move toward danger, in an effort to master fear and to avoid feeling vulnerable.
I was in a one-year clerkship with a federal judge in Washington D.C., saving up money for the trip. Two nights a week after a long day’s work, I’d scuttle over to the Department of Agriculture for beginning Arabic classes. (Although I never did get the necessary fluency for that Berlitz favorite, “Please pass the clotting sponge, as I have a severed artery.”)
Like many youthful crushes, it was a terrible idea.
At the time, I had no idea how to write a novel, and my most impressive writing credit was a 1200-word article for the magazine California Highway Patrolman. Except for enthusiasm and excessive confidence, I was ridiculously unprepared. And flying to Beirut was a leap in exactly the wrong direction from becoming a novelist. 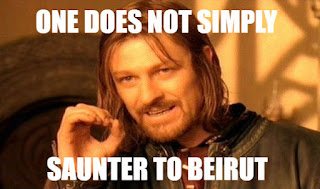 Instead of doing the sometimes painful self-examination of my life and my emotional landscape to see what story I had to tell, I’d planned to pick through rubble of a war half a world away, searching for someone else’s story with the goal of packaging that pain into a narrative arc. And, in the process, possibly get blown up.
I was saved from that folly—and from one Earnest but Very Unpublishable Novel Manuscript—when the U.S. sent Marines to Beirut. In response, the locals—especially Hezbollah—began kidnapping U.S. reporters. The press scene I was going to write about evaporated, and getting around a city at war became not just ridiculous, but impossible.
I ended up feeling a little lost.
But, as one does, I got a rebound crush.
I finished my clerkship, and with the money I’d saved, I traveled through Asia as a freelance writer, ending up in Peshawar, Pakistan. This was the mid-1980s, and Peshawar was the center of the armed opposition to the Soviet occupation of Afghanistan. There were seven resistance groups in town, separately fighting the Soviets—and, occasionally, each other. There were even two rival Afghan Information Institutes vying to educate journalists. The directors of the competing institutes spent much of their time explaining how the other guy was an idiot. In fairness, one of them was pretty out there: He’d been evicted from his prior house after his landlord found out he was storing live Soviet munitions to show journalists—including a 155mm howitzer round, which could have sent bits of his ceiling into low earth orbit. His standard method of testing visiting writers—which he used on me—was to fling a deactivated Soviet butterfly mine in greeting. I stoically let it bounce off my chest, having been warned to expect it. 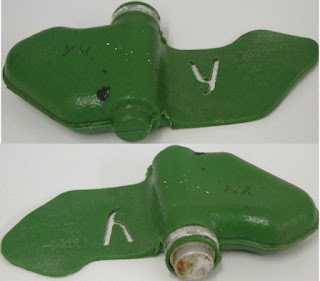 Peshawar was a wild place, in a Wild West time, with bearded, bandoliered, shotgun-wielding guys guarding the banks. The nearby town in the tribal area, Darra Adam Khel, was filled with local arms craftsmen and a teeming arms bazaar. It was an NRA lobbyist’s wet dream, where you could buy weapons from everywhere on the planet and then use them, just a few miles away, to actually deter expansionist Russian Communism. (If Chinese anti-tank mines are outlawed, only outlaws will have Chinese anti-tank mines…) 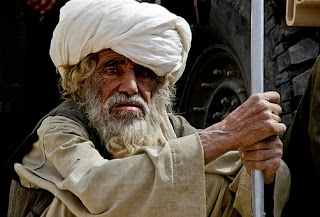 There was so much local color that it would drop out of the sky in ballistic arcs, bullets shot into the air by an AK-47 to celebrate a wedding, gunfire you could hear (tup-pup-pup-pup) over the genteel thwock of a tennis ball hit on the grass courts of the Peshawar Club.
I was invited to join a sketchy mujahedeen resupply trek across the steep brown hillsides into Soviet-occupied Afghanistan, but wisely demurred. 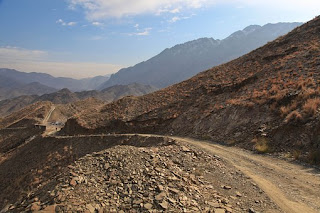 By then, I was over my war zone crush. I’d figured out that there was nothing especially ennobling about terror for my physical safety. The possibility of getting blasted into bone chips by a helicopter gunship, it turned out, wasn’t that romantic. Even for someone who’d read too much Hemingway and who’d planned to write about it in short sentences. 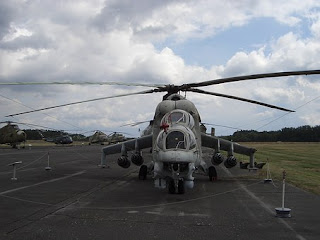 I didn’t get a novel out of the trip. But I did get amazing experiences: Traveling through Asia with the help of a magic business card that said “Freelance Writer” meant that I paid attention, asked questions, and took notes everywhere. I’m an introvert, and because of the existence of that little card, I made calls, set up meetings, and went places I otherwise wouldn’t. On visiting day, I wandered up to the gates of Chang Mai prison in Thailand and asked if they had any English-speaking prisoners who wanted to talk to a writer. That led to the most harrowing 50-minute conversation of my life. (The takeaway: Don’t go to a country where there’s no presumption of innocence, and don’t go with a traveling companion who decides to buy heroin. From the nephew of the police chief.)
These days, I try to look closer to home for the subjects of my novels. Still, like other crushes, sometimes hearing an old song will bring a recollection of my first. Whenever I hear snippets of the eighties Genesis song, “Home by the Sea” I think about Beirut, Lebanon, and my unrequited crush on a Really Bad Idea. And I shake my head, with a slightly goofy, wistful smile.

Dean Gloster is a former stand-up comedian and former law clerk at the U.S. Supreme Court. He lives in Berkeley, California where he writes novels for young adults. His debut YA novel DESSERT FIRST is out now from Merit Press/Simon Pulse.
School Library Journal called it “a sweet, sorrowful, and simply divine debut novel that teens will be sinking their teeth into. This wonderful story … will be a hit with fans of John Green's The Fault in Our Stars and Jesse Andrews's Me and Earl and the Dying Girl.” He's less crazy than he used to be.
Posted by Dean Gloster at 8:00 AM