Michael J. Fox, Flamingos and The Babysitters Club: A Look Inside My Childhood Bedroom (Alissa Grosso)

When I was eleven years old, we moved into a new house. This wasn't an exceptional thing, we had done this a few times before, but what made this move different was that for the first time my sister and I were allowed to pick out new bedroom furniture and the color of the paint on our walls. Before this, we'd just had a mish-mosh of mixed up hand-me-down furniture and whatever paint happened to be on the walls of the house when we moved in. I chose a pale pink color for the walls that would surely help bring out the the mauve colored drawer panels on the sleek modern white furniture I picked out. 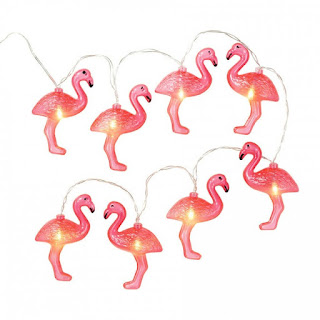 Along with these decorating decisions, I decided that my room needed a theme and in keeping with the color scheme I chose pink flamingos. It was the 1980s, and flamingos were pretty in. Though, let's be honest, do flamingos ever really go out of style? I envisioned maybe a few flamingo posters on the wall and some flamingo decorations hanging from the ceiling, but things quickly got out of hand. Soon everyone who had ever met me would supply me with any flamingo themed thing they could find and I found myself with a very large collection of flamingo paraphernalia.

What does all this have to do with this month's theme of teen crushes? Don't worry, I'm getting to him.

In the mid to late 1980s, my favorite television show was a sitcom called Family Ties and it starred an absolute dream boat named, Michael J. Fox. Not too long before this, he had been in the movie Back to the Future. I suppose he was at the top of his celebrity at this point, and he was certainly at the top of my list of eligible bachelors. So, a ginormous poster of Michael J. Fox presided over the sea of flamingos that filled my bedroom. I realize that by this description my bedroom might sound a bit like something out of a horror movie or a weird but creepy nightmare, but I can assure you it was really a comfortable, welcoming place even if it was on the crowded side. 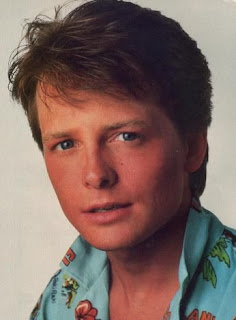 By the way, I got that poster of Michael J. Fox from the Scholastic book order form that used to be distributed to us at school. These simple four-page fliers were a mini catalog of books and related items that could be ordered by handing in the form with a check from mom and dad to the teacher and then waiting what felt like an eternity for books to arrive at the school. Hey, before the internet, this was all pretty high tech. A new Scholastic order form was one of the few things that made school worthwhile. 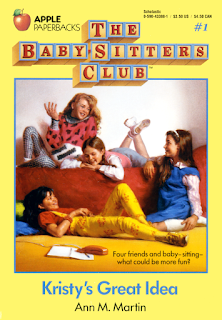 In fifth grade, the same year I ordered that Michael J. Fox poster, I remember one Scholastic order form, in particular. It was promoting the first book in a new series called The Baby-sitters Club. I'm pretty sure every girl in my class ordered a copy of that book. We were not alone. When weeks later our book order showed up, what it didn't have in it were any Baby-sitters Club books. Scholastic had grossly underestimated the demand for Ann M. Martin's new series and had not printed enough copies. While they waited for the new printing, they sent a note of apology and gave us a free book until they could get us our Baby-sitters Club books in the next shipment. The book we received was The Thanksgiving Treasure by Gail Rock. Of course I read that, because I was a voracious reader who pretty much read everything that was put in front of me.

That said, when we did finally get our Baby-sitters Club books the following month, I was instantly hooked. I ordered each new book as they came out, and when I had outgrown the Scholastic book order forms by sixth grade, I would make sure to get them at the Brentano's at the mall. Some flamingos may have needed to get shifted aside to make room for all my Babysitters Club books. In fact, there were probably as many books in my room as flamingos, which might not sound impressive to you, but there were a LOT of flamingos.

So, this was supposed to be a post about teen crushes, and though I can remember having a teen crush or at least a tween crush on Michael J. Fox, I was probably far more obsessed with books, and, of course, flamingos. I've grown out of my Michael J. Fox crush and my flamingos obsession, but books remain one of my favorite things.

Alissa Grosso is the author of the books Shallow Pond, Ferocity Summer and Popular. You can find out more about her at alissagrosso.com.
Posted by Alissa Grosso at 8:00 AM