A couple of years ago I was on a college visit with my son and we ran into an old friend of mine, now a sociology professor at that university. My son admitted that he had no idea what sociology was, so my friend gave him a rundown. Trying to sound clever but probably coming off as kind of snarky, I said, "And if you major in sociology, someday you can grow up to be a sociology professor!"

Yeah, okay, this was definitely snarky, but my friend was a good sport. He listed other possible careers besides being a professor. (Turns out a lot of sociology majors work in marketing because they are very good at understanding consumer groups) then he mentioned that he'd noticed that some kids drawn to studying sociology had identity issues. They were minority students in a place with few minorities. Or the poor kid who found herself at an upper middle class school. In his own case, he'd always felt like the odd one out because he was adopted. It set him apart and made him reflective about groups in general. When you're on the outside looking in, he said, you get pretty good at analyzing what the IN looks like.

I had never thought about this before, and I don't know why because I'd felt like the odd one out for most of my life. My father died when I was seven so I was hyperaware of my friends' families--the normal-seeming ones with two parents. Then there was the summer my family lived in a tent at a campground. The party line was that we were between rentals, but now that explanation seems sketchy to me. As a teen I was lucky to attend a private high school where I was probably the only girl who thought it was awesome that we had to wear a uniform (an ugly polyester green skirt paired with a pastel-colored blouse) because it meant no one would know I didn't own many clothes. That lack of fashion sense caught up with me when I went to college. I remember walking around campus, very much an upper middle class place, and studying what the other girls were wearing like I was a...um...sociologist.

It's been mentioned before in these posts about on the fringe characters that most of us at some time in our lives (particularly as teens) pass through this angsty why-am-I-outside-the-group-and-how-do-I-work-my-way-into-it stage. Maybe for writers, the memory of the angst lives on.

I don't think it's a coincidence that my characters struggle with that same angst. My stories in Cicada magazine tackle the issue from different angles. "How to Escape Your Life, 101" is about a girl who has a shot at being the first one in her family to attend college. And "Chasing the Rabbit" depicts a teen who's made up a back story for herself, even a new name, in her attempt to fit in.

The guy in my debut novel Thin Space is suffering big time from identity issues. First, because he was an identical twin and he's keenly aware that a lot of people couldn't tell him apart from his brother (and didn't care enough to bother). But I say "was" because his twin is dead and my grief stricken boy feels responsible. Everyone looks at him now and remembers his brother and blames him (he thinks) for the death too. It doesn't help that he's acting so weird lately. He's obsessed with this thing called a thin space, the Celtic idea that in some places the wall between this world and the next is "thinner." If he can find one, he reasons, he can see his brother and fix his problems. The trick is he's got to be barefoot. Walking around barefoot at school and outside when there's snow on the ground sets a guy firmly in the fringe zone. Not that he cares. He's got bigger stuff to worry about than what people think about him.

Which may be the solution to dealing with our angst: ignore the group that we don't fit into anyway, and focus on other stuff.

It occurs to me now as I think about my fringy characters (and myself!), that there's another coping mechanism we have in common: a sense of humor. My favorite scene in the movie Who Framed Roger Rabbit happens after a really cruddy moment when goofball Roger says with uncharacteristic seriousness: "Sometimes laughter is the only thing we have."

Whether you find yourself living in a tent, wearing ugly uniforms, or walking around barefoot searching for a way out of this world, it probably can't hurt to take his advice and laugh. 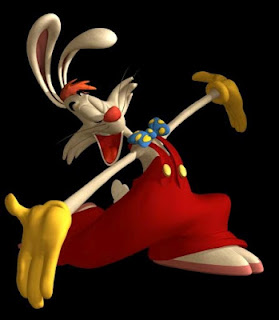