Queen of the Fringe or Something Like That by Joy Preble 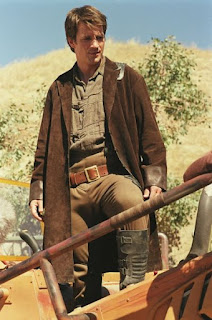 At some point, we’re all on the fringes.  Politically, I feel that way these days in my very red state suburb. (hint: we gave you two recent, related presidents) Liberal should not be a dirty word. Neither should women’s rights or having a conversation about whether available health care is something that we as a country consider a right rather than privilege. (Actually, neither side is having that conversation. And I think we really should.) I was gobsmacked at the enormous and enthusiastic crowd that a certain politician from Alaska drew here recently. I suspect this may have its roots in our fake Main Street with stores built into brand new buildings designed to look old. I’m not totally sure.

Then again, I don’t understand why people watch Dancing with The Stars, either.

In next year’s THE SWEET DEAD LIFE (May, Soho Press), my characters live on ‘the wrong side of the freeway.’ They’re skirting the edge of poor because Dad has disappeared and Mom is holding on by a thread. Jenna, my narrator, has to scrape and scrimp to buy a new pair of boots. They’re sneaking wireless from the neighbors’ Internet connection. Most of their meals come from the leftovers Jenna’s brother Casey brings home from his waiter job or freebies from his other gig delivering Chinese food. Their car is a POS and their lives are falling apart and while teachers and neighbors are maybe, sort of noticing, no one is doing much about it.

And then things get worse. Because Jenna’s got some kind of illness that the doctors can’t figure out. After which there’s a car accident... and Casey, well, he doesn’t come back from it exactly the same as he went in.

Except for one thing: He’s still on the fringes. He’s still dead broke, still living in a house that’s seen better days. He’s still plagued by his teenage boy bad habits – and boy does this guy have a few, and honestly, he embraces the hell out of them.

All of which makes him follow in the footsteps of so many of my favorite fictional characters – all living on that fringe. Here are four obvious fringies who come immediately to mind:

Captain Mal from Firefly/Serenity— a Browncoat on the wrong side of the war, piloting an illegal ship through space with a loyal rag tag crew of eccentrics and vagabonds and fugitives from the law.

Meg Murry in Wrinkle in Time—brilliant but doing poorly in school; socially awkward; unpopular; different… and loyal and determined and the character of my heart when I was eight and nine and beyond.

Katniss Everdeen in The Hunger Games – her own woman in every way, standing against the government like a Wild West hero, willing to put herself on the wrong side of the law if it means saving her family.

I could go on. I’d rather you came up with your own list.

Me? I love the fringe. I embrace the fringe. The real thing, though—not the self-imposed ‘otherness’ of those snarky girls on my new guilty pleasure Gallery Girls. You can’t be on the fringe (cough.. Chantal.. cough..) if you have to be competitive about doing the best downward dog in yoga class.

Or maybe I’m being judgmental.

How about you? Let me know who your favorite ‘fringe’ characters are.