Fear. Who needs it? Me, apparently.

When something scares me, my instinct is 1) turn and run in the other direction; 2) look away pretending it doesn't exist; or 3) keep weighing all the options until it's too late to deal with and it goes away by default. 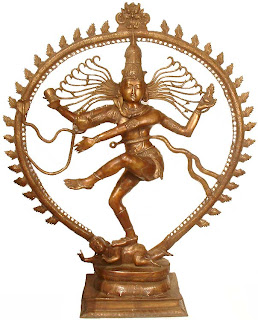 One of my biggest fears is . . . change. Change is risky! It shakes things up! You don't know what things will look like on the other side!

Unlike me, my heroines seem to love leaping into the unknown, whether it's Persephone climbing into Hades' chariot  or Addy closing the door on a home-made time-travel machine to start a new life in the Middle Ages. And thank goodness for that, because what kind of novel do you get if someone faces their dilemma by 3) weighing all the options until it's too late to deal with and it goes away by default--? Writing about their adventures doesn't make me have fewer fears, but it does help me face them.

Once before a book event, my hands were shaking. My daughter acts, so I asked her how many plays she'd done before she stopped being nervous. "I'm still nervous before every show," she said. "And that's good. It means you're awake. All your energy is right there to grab and use."

She's also the one who told me Eleanor Roosevelt said, "Do one thing every day that scares you."

I've always loved the statue of Shiva Nataraja, the Lord of the Dance, who holds the flame of destruction in one hand, and the drum of creation in another. The whole cycle, how you need change to grow, is expressed in that graceful figure. I got my own little statue of Shiva Nataraja, and then what did I do with it? I hid it away because I was scared of the fire of destruction part.

And yet so much of what's good in my life happened because I faced my fears to dare something new: getting in front of groups to lead storytimes; doing a home-stay language program in Italy; finding a story I had to tell and learning to write a novel so I could tell it; and helping that book and then another find their way out into the world--including walking onstage with my shaking hands. Taking on each of those felt like leaping off a cliff. But once I was doing them, it turned out they were fun.

Maybe I'm making friends with change. That little statue of Shiva Nataraja now dances on top of my dresser, where I see him every day. Will I ever get as brave as Eleanor Roosevelt?

Let's not push it!