At Least There Were Cupcakes ~ Delilah S. Dawson

You'd think I'd be too old and wise to ever feel foolish, but you would be extremely wrong. 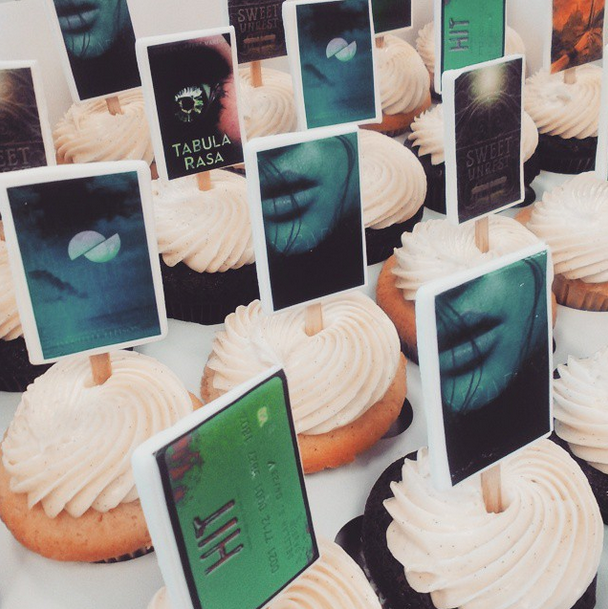 I live in Georgia, but for the last five weeks, I've been on sabbatical with my family in Washington, D.C., which means that when HIT launched, I was nowhere near my hometown bookstore. 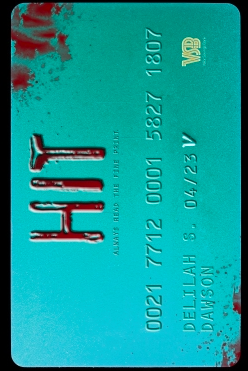 This is HIT, by the way.
It's about a teen girl yarn bomber turned assassin in a bank-owned America.
You can read an excerpt at www.hitbookseries.com.

But I wanted to celebrate, so I reached out to bookstores in the D.C. area to plan events. The first one went great-- a full crowd, lots of fun authors, plenty of books to sign. And blondies, because you have to have snacks. The third event was likewise amazing, right down to the cupcakes with our book covers on them pictured above.

But the middle event?

I wish I could forget that it ever happened.

It was at a beautiful indie bookstore, and I invited three other authors to join me for a panel and party. We made an Event page, created a splashy graphic, and ordered three dozen cupcakes. I told everybody-- Facebook, Twitter, tumblr, Instagram. All told, over 16,000 people follow me, and I shouted to the rooftops about this book signing.

And the only person who showed up was my high school boyfriend, and he didn't buy a book.

The situation is mortifying on a lot of levels. I feel like I embarrassed the other authors while making them pay for cupcakes that no one ate. I worry that the bookstore owner will not only think poorly of me but also be reticent to give another unknown author space and time in her store. I hate that so many books were ordered and will be sent right back. I fret that my publisher will think I'm a loser. And, from a personal standpoint, it doesn't matter who you are--if you throw a party and no one shows up, you feel like crap.

Because even that kind of ego devastation can't make me stop writing. If I stop looking at it as something that I did wrong, I recognize that I got to meet three amazing women, buy their books, and connect as professionals and friends. I took my leftover cupcakes to the front desk staff of our apartment building and got to brighten their day. I have three new books to read. And I have an indie bookstore who might doubt my ability to pull a crowd but who at least recognizes my book and has a few signed copies on hand. I also bought some amazing coffee from the shop up the street.

The thing is, I can't control who shows up. I can only control what I do when I leave. And what I'm going to do is strive to be a better writer, to craft even more compelling books so that one day, if I ever go back to the store, I'll have a line around the block.

And that's why "At least there were cupcakes!" is my new motto. It's hard to be sad eating a cupcake.
Posted by delilah s. dawson at 7:45 AM