Well, this is embarrassing (Alissa Grosso) 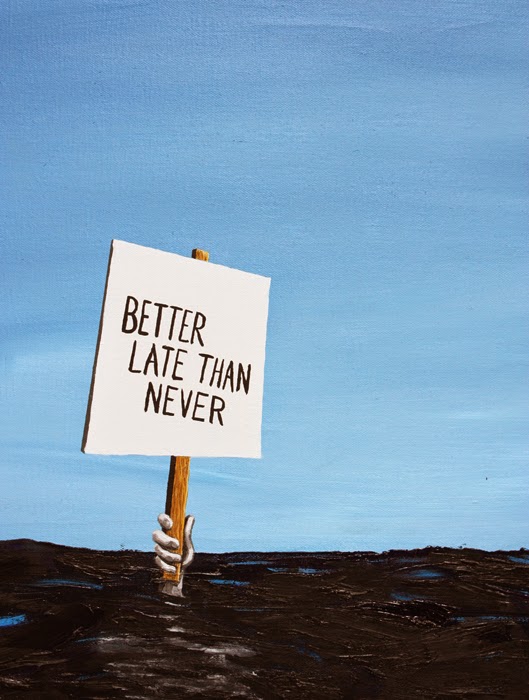 I was supposed to upload this post on Saturday. It's actually Monday. In my defense Saturday was the nicest, warmest, sunniest, most perfectest day we've had so far this year.  So, like pretty much every birthday card I've ever mailed this is a belated post. (Though I should point out that the way that I realized that I had missed posting this was because I knew today was the 20th and thus Mom's birthday, so I'm not a complete dunce when it comes to remembering birthdays!)

It's certainly not the only embarrassing thing I've ever done, and it won't be the last. Hey, just the other day, on Saturday, that most perfectest day, I managed to spill iced tea all over my face and hair, shortly after announcing that the can I had been drinking out of was completely empty, and then yesterday I managed to choke on some water I was drinking. Thankfully, in both cases, the only witness to these events was my boyfriend. Though I have now posted them out there for the entire world to see.

How about back when I worked in the children's department of the library, and I and a coworker bravely sat ourselves in an inflatable boat precariously balanced on the library's staircase all in the name of encouraging children to read? 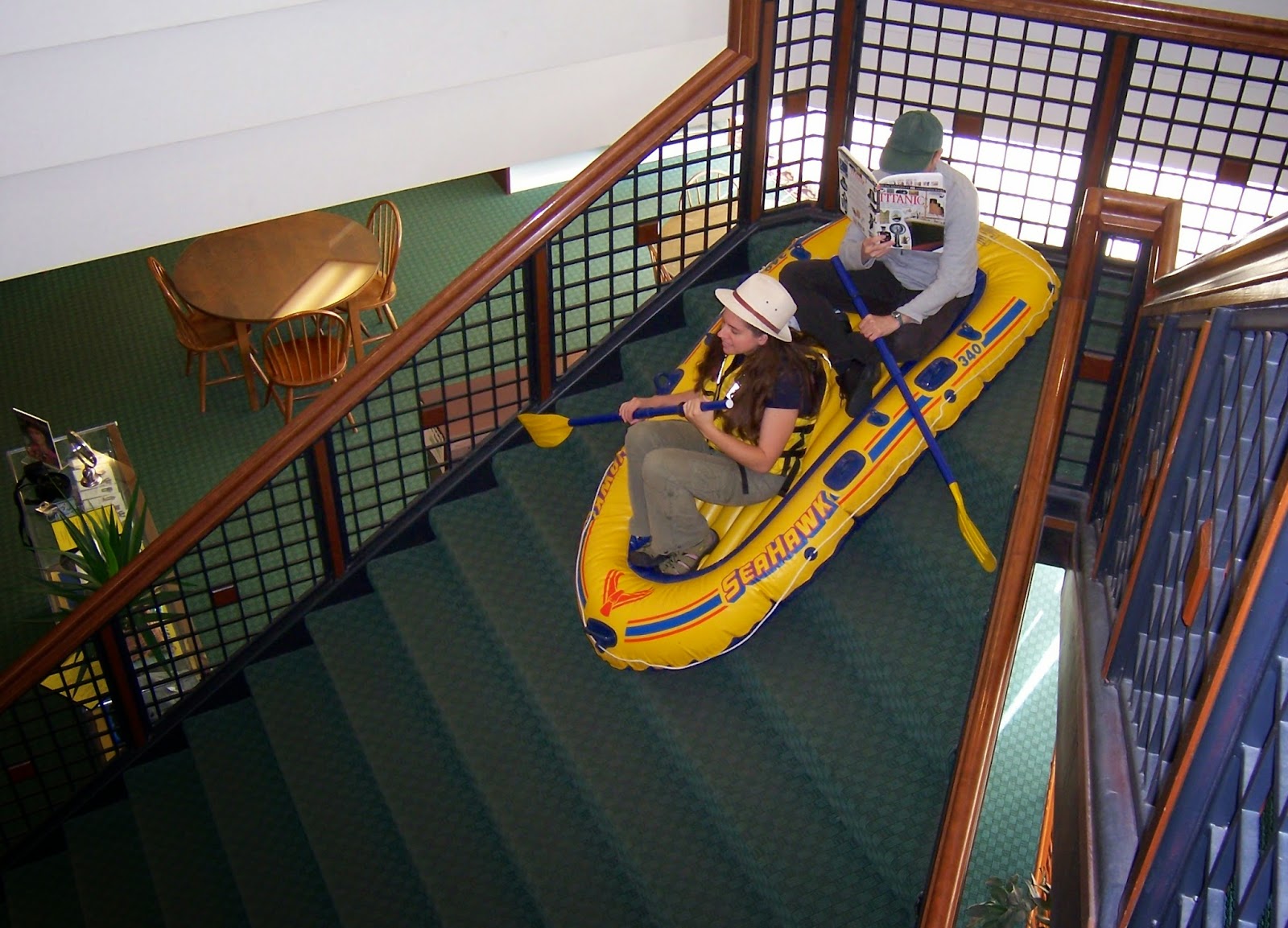 Although in an effort to avoid embarrassment (and lawsuits) we held this photo shoot before the library's regular hours of operation, what we didn't take into consideration was the fact that it was during the time when the library was filled with folks helping to set up for the big annual used book sale, so roughly a thousand people lugging used books out to the book sale room paused in their duties to look up in wonder at the two crazy ladies on the boat. Right about now, you're scratching your head trying to figure out how any of this could have encouraged kids to read, but believe me, it all made sense at the time.

Or, maybe I should go back even further. Back before the internet, youguns might be surprised to learn that people still tried all sorts of desperate tactics to sell other people stuff, and there was always an idiot out there who fell for these stunts. Enter eleven-year-old Alissa who saw a card that said "Get a Free Dictionary & Thesaurus!" in a magazine and decided to fill it out. Free books? Hell, yeah. Of course, what I didn't count on was the encyclopedia salesman who came to our door as a result of that little card I filled out, and who my parents had to politely turn away.

Perhaps being a YA author, I should pick an embarrassing moment from my teens. But aren't our teen years just one big endless embarrassing moment? The embarrassing moment I shared in my high school yearbook, concerns something that happened during a memorable cross country practice.
I really feel that my cross country coach should share some of the blame for this embarrassing moment. She came up with a bizarre plan to split our team in half (well technically it was a girls' team and a boys' team, but we were such small teams, it was really just like one co-ed team) to race against each other. So far, so good, right? There was one catch. Everyone on each team would be tied together. Not making this up. So, picture a team of about 12 kids all tied loosely together with rope and another team of 12 kids tied loosely together with rope, racing each other around a track. I mean, it just sounds like a recipe for disaster, right? It seems pretty much inevitable that one of those kids is going to get some of the slack from that rope caught around her ankle, get yanked off her feet, and then because of the difficulty in the tail end of the caterpillar communicating effectively with the front end of the caterpillar that unfortunate person is going to get dragged along the track for maybe 20 yards or so. Want to guess who that unfortunate runner was?

The good thing about embarrassing moments (at least those that we survive - thankfully the tail end of the caterpillar was able to get the front end to stop so I'm here to tell this tale) is that we can look back on them and smile. As this weekend's experiences with beverages prove, I'm still busy making many more moments worthy of future smiles.

Okay, I'm off to call Mom and wish her a happy birthday. Then, maybe I should get started on next month's post, so that I can actually post it when it's scheduled instead of two days later.
Posted by Alissa Grosso at 9:31 AM